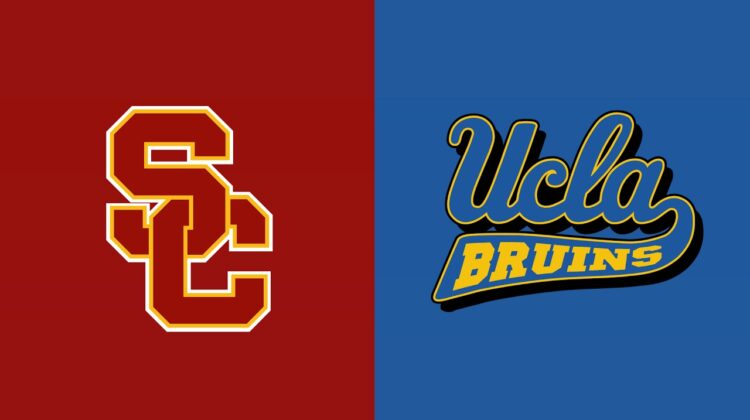 Check out below for this week’s installment of “Weekend Brunch”, which started a year ago and is published every Friday in June and the first Friday in July, highlighting all the latest happenings in the world of college basketball.

The future of Pac-12 basketball is officially hanging in the balance
I’m well aware that the majority of realignment decisions in college sports are made based on college football, but this is a college basketball column and that’s always the first place my head goes when things happen like they did on Thursday. The decisions of both UCLA and USC to leave the Pac-12 for the Big Ten in 2024 creates a seismic shift in the college sports landscape and also creates an uncertain dynamic for the Pac-12 moving forward in basketball. UCLA has always been the Pac-12’s flagship program followed by Arizona, but USC has quietly been a major factor over the past few seasons. The Trojans have averaged 23.2 wins over the past six years under Andy Enfield and advanced all the way to the Elite Eight in 2021. The loss of UCLA and USC severely inhibits the future potential of Pac-12 basketball, which may not be completely salvageable regardless of who may join the league moving forward. Don’t also be shocked if other conferences — most likely the Big Ten and the Big 12 — consider adding other Pac-12 schools in the future. This is only the beginning.

Michigan State’s non-conference schedule is insane
Tom Izzo said years ago that as long as he was the Spartans’ head coach that he’d play “anybody, anyplace, anytime”. He definitely meant it. Michigan State has always had a formidable non-conference schedule, but next season’s slate is particularly crazy. The Spartans are set to face Gonzaga on an aircraft carrier in San Diego on Nov. 11th (Veterans Day) and then will head to Indianapolis on Nov. 15th to face Kentucky in the Champions Classic. Michigan State will then return home to host Villanova in the Gavitt Games before heading to Portland to take part in the PK85 where their bracket features North Carolina, Villanova, UConn, Alabama, Oregon, Iowa State, and Portland. There’s also a road game against Notre Dame in the ACC/Big Ten Challenge prior to 20 Big Ten conference games. Yikes! The Spartans are currently ranked 35th in the ROTHSTEIN 45.

Derek Kellogg deserved better from LIU Brooklyn
Let me make this as clear as I can: This has nothing to do with Rod Strickland — a former NBA star and New York native — who LIU Brooklyn hired as its next head basketball coach this week after it decided that Kellogg — who went 16-14 overall and 12-6 in NEC play last season — was no longer fit for the job despite having a legitimate chance to take this program to the NCAA Tournament in 2023. Each administration has the right to do whatever it wants to do, but why did LIU Brooklyn feel that Kellogg’s potential as a head coach was any different during the final days of June than when the season ended in early March? College athletics is a tough business, but somewhere along the line, we all hope that decency and tact remain at the forefront of every institution. That’s apparently not the case at LIU Brooklyn. Kellogg has a family. His assistants have families. The chances of all of them receiving capable employment for next season would have been significantly greater if they were relieved of their duties at the conclusion of the season instead of the final days of June. Most rational and decent people in the world understand that. Those people must not work among the administration at LIU Brooklyn — who sent out a press release on Thursday morning announcing the hiring of Strickland — but still have yet to publicly acknowledge Kellogg’s dismissal. Stay classy.

John O’Groats, 101516 W. Pico Blvd, Los Angeles
If you like breakfast and a Hollywood vibe, this place is for you. Located right in the heart of Century City, John O’Groats serves big portions and has an incredible ambiance detailed by timeless tributes from both film and theatre. Any breakfast dish will be a quality choice on this menu, but make sure to treat yourself to an order of homemade biscuits. Much like Pringles, you can’t have just one!