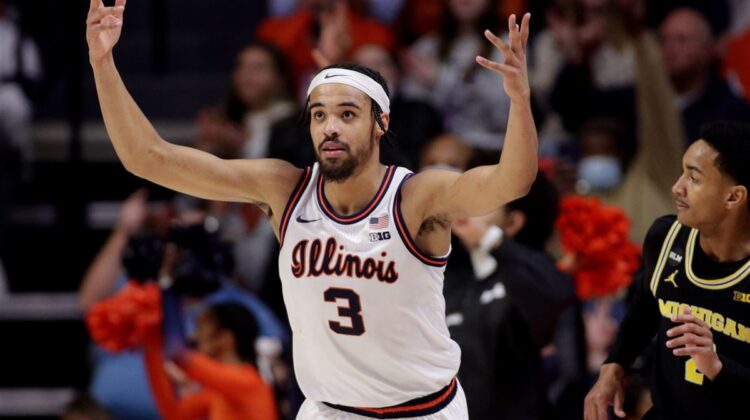 Check out below for this week’s installment of “Weekend Brunch”, which started a year ago and is published every Friday in June, highlighting all the latest happenings in the world of college basketball.

Jacob Grandison completely changes the dynamic at Duke
Two weeks ago, I wrote in this column why Jeremy Roach would be the Blue Devils’ most important player next season because he was the only person on Duke’s roster with NCAA Tournament experience. In terms of NCAA Tournament experience, that is no longer the case. The Blue Devils’ addition of the 6-6 Grandison — who committed to Duke last weekend as a graduate transfer from Illinois — adds much needed seasoning to this roster. A two-year starter for the Illini, Grandison averaged 9.6 points and 3.8 rebounds last season while shooting an impressive 41 percent from three-point range. He’ll instantly add spacing on offense and length on defense for Duke, who is now currently ranked seventh in the ROTHSTEIN 45.

Texas’ schedule is an absolute monster
Chris Beard gave up beer last season as a sign of “team sacrifice”, but he’s going to need a Modelo or two during the upcoming year with the slate that he’s put together. In addition to 18 league games in the Big 12 — the best conference in college basketball — Texas will also host Gonzaga and Creighton (Big East-Big 12 Battle), travel to Tennessee (Big 12/SEC Challenge), and play Illinois at Madison Square Garden as part of the Jimmy V Classic in December. All four of those teams are currently ranked in the ROTHSTEIN 45, with Gonzaga, Creighton, and Tennessee all ranked in the Top 14. Texas currently checks in at 12 in the ROTHSTEIN 45.

Jaden Ivey’s strengths are tailor made for the NBA
We’re seeing more and more proof that the NBA and college basketball are two completely different games because of the surplus of traditional post players in college basketball. That’s one major reason why Ivey could explode for whoever selects him in next week’s NBA Draft. During his two years at Purdue, the 6-4 Ivey regularly played with lumbering big men who clogged the middle of the paint — that likely won’t be the case when he gets to the NBA. Armed with cheetah like speed in the open floor, Ivey should be able to operate and initiate offense while also maintaining his ability to attack the front of the rim; he had 11 games last season with eight or more free throw attempts. Many have compared him to Ja Morant — that’s simply not fair to Ivey. However, he is cut from a similar cloth of combo guards like Donovan Mitchell and Russell Westbrook who didn’t operate as a primary ball handlers in college, but were able to make the transition and flourish in the NBA. Don’t be shocked if Ivey —- not Gonzaga’s Chet Holmgren, Auburn’s Jabari Smith, or Duke’s Paolo Banchero — winds up being the best player taken in the 2022 NBA Draft.

Elio’s, 84th and 2nd
This Upper East Side institution always lives up to the hype — especially on Sundays — when lasagna is available as a special. The ambiance at Elio’s is second to none during peak hours, with weekly sightings from stars such as Tom Selleck, who is a regular. If you’re a pasta fan, try the paglia e fieno — you won’t be disappointed!