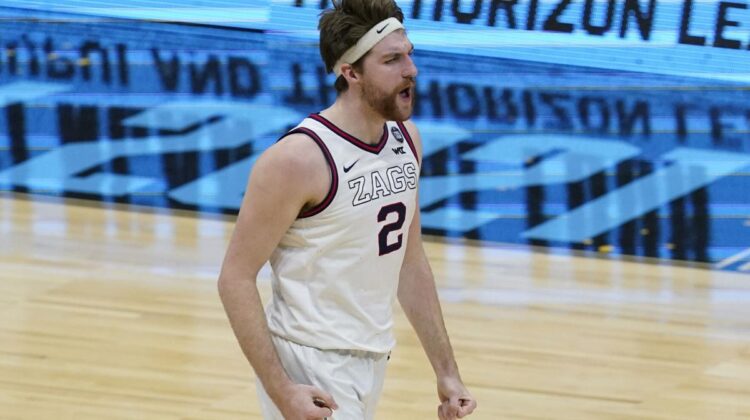 Check out below for this offseason’s first installment of “Weekend Brunch”, which started a year ago and is published every Friday in June, highlighting all the latest happenings in the world of college basketball.

Gonzaga has reloaded
No one had better fortune during this week’s NBA Draft deadline than the Bulldogs. The decisions of Drew Timme, Julian Strawther, and Rasir Bolton to withdraw from the draft and return to school means that Gonzaga will return three double-figure scorers and six of its top eight scorers from a team that finished 28-4 last season and was the top overall seed in the NCAA Tournament before losing to Arkansas in the Sweet 16. Mark Few’s squad also landed a commitment on Thursday from Chattanooga transfer Malachi Smith, who averaged 19.9 points, 6.7 rebounds, and three assists last season en route to leading the Mocs to a SOCON Tournament title and an NCAA Tournament appearance. Gonzaga is currently ranked second in the ROTHSTEIN 45, only behind North Carolina.

Indiana emerges as Big Ten favorite
The decisions by both Caleb Houstan and Moussa Diabate to remain in the 2022 NBA Draft instantly lowered Michigan’s ceiling for next season and therefore made the Hoosiers the consensus favorite in the Big Ten. Mike Woodson’s team returns five of its top six scorers — Trayce Jackson-Davis, Xavier Johnson, Race Thompson, Miller Kopp, and Trey Galloway — from last season’s team that lost in the NCAA Tournament to Saint Mary’s and also adds a pair of five-star freshmen in Jalen Hood-Schifino and Malik Reneau. Veteran reserves Jordan Geronimo and Tamar Bates also return. The 6-9 Jackson-Davis is a prime candidate to be Big Ten Preseason Player of the Year and a first-team All-American after averaging 18.3 points, 8.3 rebounds, and 2.3 blocks last year as a junior. Indiana is currently ranked 13th in the ROTHSTEIN 45.

Jeremy Roach will be Duke’s most important player next season
The Blue Devils have the nation’s top-ranked recruiting class entering next season according to 247Sports, but only one player on their roster — Roach — has NCAA Tournament experience. “We don’t necessarily have a lot of experience coming back,” Duke head coach Jon Scheyer said earlier this week on the College Hoops Today Podcast. “Jeremy Roach is going to be the main guy and Jaylen Blakes — who grew up a lot last year — is also returning.” The 6-1 Roach averaged 11.8 points and four assists in five NCAA Tournament games last spring. Five members of the Blue Devils’ freshmen class — Dereck Lively II, Dariq Whitehead, Kyle Filipowski, Mark Mitchell, and Tyrese Proctor — are all rated as five-star prospects according to 247Sports. Duke is currently ranked ninth in the ROTHSTEIN 45.

Who’s Jac W.?, 84th Street and 2nd Ave.
This hip new eatery is a new addition to the Upper East Side and features a big-time bar selection along with an elite ambiance. The pork chop is as good as any in the city and the zucchini chips are a perfect appetizer to get a great meal going!