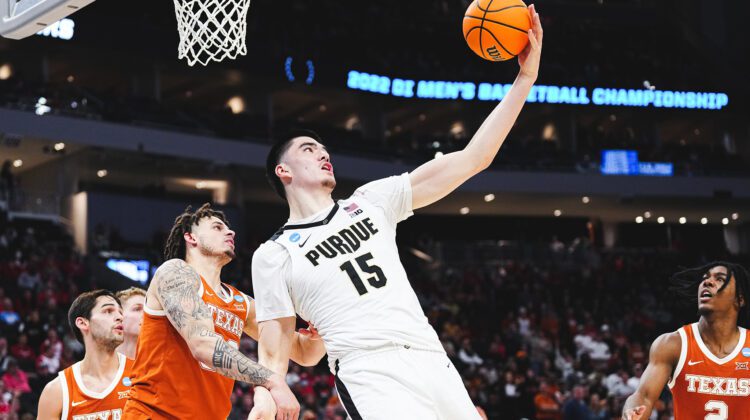 Zach Edey against Duke’s big men
The 7-4 Edey has been an unstoppable force — as many expected — out of the gate this season with increased usage. Entering today’s game against Duke in one of the the PK85 title games (the event features two eight-team tournaments), Edey is averaging 21.5 points, 13.3 rebounds, and 2.8 blocks while shooting 63.3 percent from the field. He’ll have his work cut out to replicate those numbers today against Duke’s front court troika of Dereck Lively II, Ryan Young, and Kyle Filipowski. In Friday’s win over Xavier, the Blue Devils’ baseline defense held the Musketeers’ power forward/center combo of Zach Freemantle and Jack Nunge to a combined nine points and 10 rebounds.

UConn/Iowa State
A battle of undefeated teams takes centerstage tonight in Portland in one of the title games of the PK85. The Cyclones are still riding a wave of momentum after Friday’s upset of top-ranked North Carolina while the Huskies have quietly been as impressive as any team in the sport. Both head coaches in this game — Dan Hurley and T.J. Otzelberger — are defensive minded tacticians that always get the most out of their teams on annual basis. With defense expected to be played at an elite level on both sides, the ability of each offense to go “over the top” will be incredibly important. Keep an eye on UConn sophomore Jordan Hawkins, who is looking more and more like the best shooter that Hurley has ever coached. The 6-5 Hawkins is averaging 17 points in two games this week in Portland and is 8-20 from three-point range during that span.

Saint Louis visits Auburn
This game might not be getting the same amount of attention as other matchups on today’s slate, but it’s quietly a massive opportunity for both the Billikens and the Atlantic 10. Saint Louis (5-1) won two of three games against power conference competition last week, beating both Memphis and Providence while losing to Maryland. Today’s road game at Auburn (6-0) is the last power conference matchup remaining on the Billikens’ regular season schedule. A win today for Travis Ford’s squad would greatly enhance Saint Louis’ chances for earning an at-large berth to the 2023 NCAA Tournament.