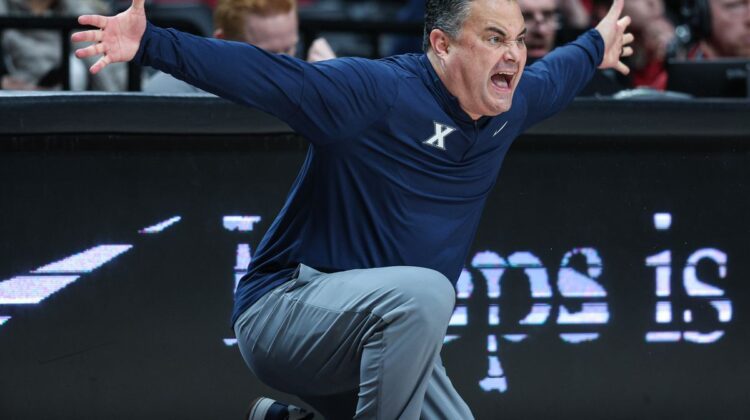 Xavier begins its massive week at UConn
This is where the rubber meets the road. The Musketeers are 16-4 through their first 20 games, but are about to embark on their most difficult two-game stretch thus far in Big East play. Xavier will visit UConn (16-5) tonight and then travel to Creighton (11-8) on Saturday. It has already beaten both of these teams at home. The Musketeers currently lead Marquette by a half game in the Big East standings. The Huskies are coming off a 30-point win over Butler on Sunday.

Jahvon Quinerly is the wildcard to watch for Alabama
The Crimson Tide are ripping through their opponents like a chainsaw through butter and have won eight consecutive games by double figures entering tonight’s matchup with Mississippi State in Tuscaloosa. Alabama (17-2) though, can still get better. Why? Quinerly could add another dimension to this team if he continues to provide a scoring presence off the bench. He’s reached double figures in reserve in four of his last six games. Remember: Prior to suffering an ACL injury in last season’s NCAA Tournament against Notre Dame, Quinerly was an All-SEC first-team caliber player.

Providence’s Bryce Hopkins is playing like an All-American
And he’s one of the biggest reasons why the Friars have remained nationally relevant and at the top of the Big East after losing five starters from last season’s team that went to the Sweet 16. The Kentucky transfer is averaging 19.7 points and 10.3 rebounds over his last three games and is one of the leading candidates for Big East Player of the Year. The 6-7 Hopkins averaged just 2.1 points and 1.4 rebounds last season with the Wildcats. Providence (15-5) will next host Butler (11-10) tonight.