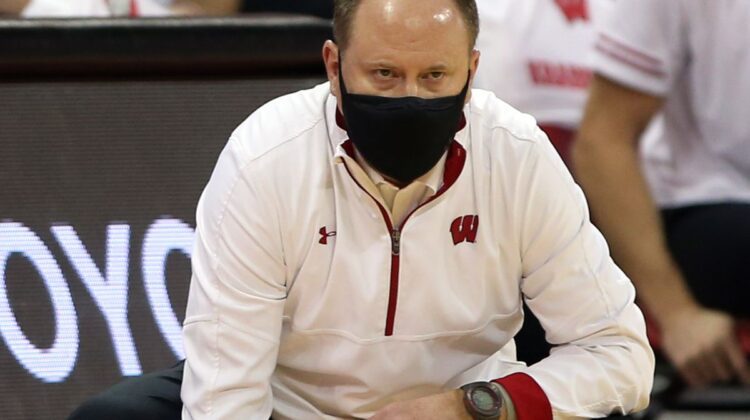 Wisconsin is building a serious resume
The NCAA Tournament Selection Committee always seeds the NCAA Tournament based on the personnel that a team will have available for the NCAA Tournament — not its overall record. As of today, that bodes really well for Wisconsin (14-2). Following Thursday’s win over Ohio State in Madison, the Badgers now have seven Quad 1 victories — more than any other team in college basketball. They’re also 14-1 with National Player of the Year candidate Johnny Davis in the lineup; Davis did not play in an early season loss to Providence due to injury. There’s a lot of basketball left to be played between now and when the brackets come out in mid-March, but this team is doing everything necessary to earn a favorable seed in the 2022 NCAA Tournament.

Duke’s talent level is comparable to 2015
That should tell you everything you that need to know about this team’s potential ceiling. The Blue Devils shifted their starting lineup in Wednesday night’s win at Wake Forest and began the game with Trevor Keels and Wendell Moore in the backcourt with A.J. Griffin, Paolo Banchero, and Mark Williams up front. All five of those players arrived in college as five-star prospects and all five were ranked in the Top 30 of their respective recruiting class according to 247Sports. Duke’s team that won a national title in 2015 only featured three five-star recruits in its starting lineup — Tyus Jones, Justice Winslow, and Jahlil Okafor. The Blue Devils’ other two starters on that team — Quinn Cook and Matt Jones — were four-star recruits. This is all something to keep in mind as we inch closer to Selection Sunday — which is just 58 short days away. Duke is 13-2 and will next host NC State on Saturday at Cameron Indoor Stadium.

Trent Frazier is turning back the clock
Long before Brad Underwood was able to secure commitments from talents like Ayo Dosunmu, Kofi Cockburn, and Andre Curbelo, he leaned on Frazier to take key shots in crunch time as he was building Illinois’ program. Four years later, he’s again turning to the southpaw. With Curbelo sidelined indefinitely due to a recurring concussion issue, Frazier has regained the scoring touch that he showed early in his career. The fifth-year senior is averaging 14.8 points in five Big Ten games this season and has twice scored 25 points or more. He had 29 earlier this week in a win at Nebraska. Frazier has averaged 10.2 points and 9.1 points in each of the past two seasons after averaging 13.7 points and 12.5 points in the first two years of his college career. Illinois is 12-3 and will host Michigan tonight in Champaign.