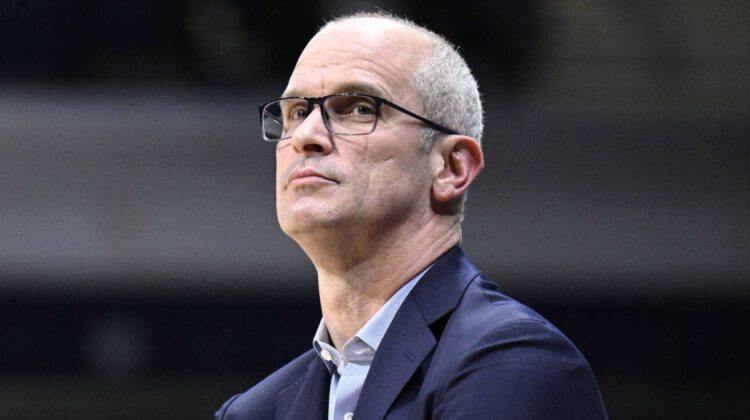 UConn looks to get back on track at Seton Hall
The Huskies have lost four of their last five games entering tonight’s tilt at the Prudential Center in Newark. The Pirates meanwhile, have won four of their last five games and are playing their best basketball of the season. In order for UConn to rediscover the form that it showed early in the season, it needs to be much crisper on offense. During this recent five-game stretch, the Huskies have a total of 73 assists to 75 turnovers. Another wildcard to watch in this game? Al-Amir Dawes. A transfer from Clemson, the 6-2 Dawes is averaging 15.6 points over his last five outings for Seton Hall and only has three turnovers in his last three games.

Wendell Green is playing at a high level for Auburn
The Tigers feel like the least talked about 14-3 team in college basketball, but that could change if Green continues to play the way that he’s played recently. The 5-11 junior is averaging 19.7 points, 3.3 assists, and 3.3 steals in his last two games entering tonight’s matchup with LSU (12-5) In Baton Rouge. Green is also 25-27 from the free throw line during that span. Auburn doesn’t have the star power that it’s possessed in recent years, but it still has the requisites to be one of the best teams in the SEC. Green is a primary reason why.

Emanuel Miller is the player to watch on TCU
This is the guy that could take the Horned Frogs from a team that is “sneaky good” to one that’s viewed as a threat to play deep into the NCAA Tournament. The 6-7 forward has already made more three-point shots this season — 13 — than he did during all of last year when he made 11. He’s also shooting 48.7 percent from long distance after shooting just 24.4 percent a year ago. Miller is cut from a similar cloth as Gilbert Brown, who was a starter on Jamie Dixon’s team at Pitt that earned a No. 1 seed in the 2011 NCAA Tournament. Miller — who averaged 16.2 points and 8.2 rebounds two years ago at Texas A&M before transferring — is starting to resemble the form that he showed early in his career and could emerge as a strong secondary option alongside Mike Miles on the perimeter. Miller is averaging 22 points and six rebounds in his last two games entering tonight’s matchup with West Virginia in Morgantown.