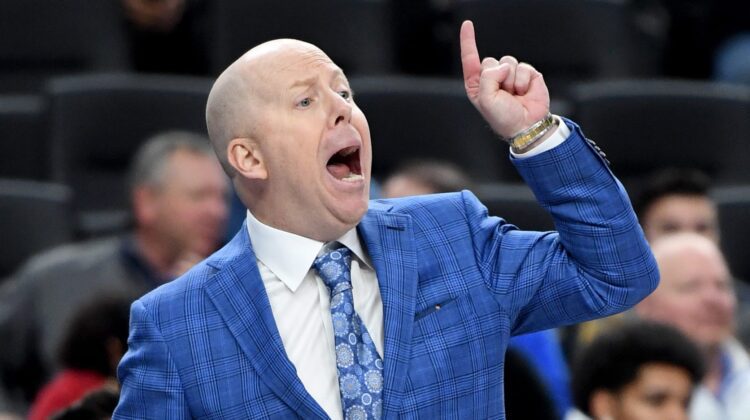 UCLA will have to play its best defensive game against Arizona
The Bruins may have been the team from the Pac-12 that entered this season as a Final Four favorite, but the Wildcats are the ones who have been playing like a juggernaut. Arizona enters tonight’s game at Pauley Pavilion at 16-1 and is second nationally in scoring, first in assists, and first in rebounds. 14 of the Wildcats’ wins have come by double figures. Arizona is averaging 87.3 points in six Pac-12 games. This is the first time that Tommy Lloyd — who is a strong candidate to be National Coach of the Year — has ever faced UCLA as a head coach. The Bruins will need a special effort defensively to beat a team that resembles a top four seed in the NCAA Tournament.

Kentucky’s SEC losses have come shorthanded
If we’re going to highlight how Wisconsin has lost one game without Johnny Davis and another without Tyler Wahl, then we need to point out the circumstances that Kentucky has dealt with in SEC play. The Wildcats have lost two games thus far in their conference —- one at LSU and one at Auburn. They weren’t at full strength for either. At LSU, Sahvir Wheeler was leveled with a screen early in the game and only played four minutes due to a neck injury. Then last Saturday at Auburn, TyTy Washington left early with an ankle injury and did not return after logging just nine minutes. The duo combined for just four points in both games. The normal combined average for Wheeler and Washington is 24.4 points, six rebounds, and 11.3 assists. Kentucky (15-4) is better than its record indicates. The Wildcats will host Mississippi State (13-5) tonight at Rupp Arena.

Will Richardson has spearheaded Oregon’s turnaround
This is what a Pac-12 Player of the Year candidate looks like. The 6-5 Richardson began the season with high expectations, but his struggles in November directly coincided with Oregon’s slow start to the season. Times have changed. During the Ducks’ six-game winning streak, Richardson has been at the epicenter of things, averaging 20 points and 3.5 assists while shooting 57.4 percent from the field and 49.6 percent from three-point range. Oregon is 12-6 and will next entertain Colorado tonight in Eugene.