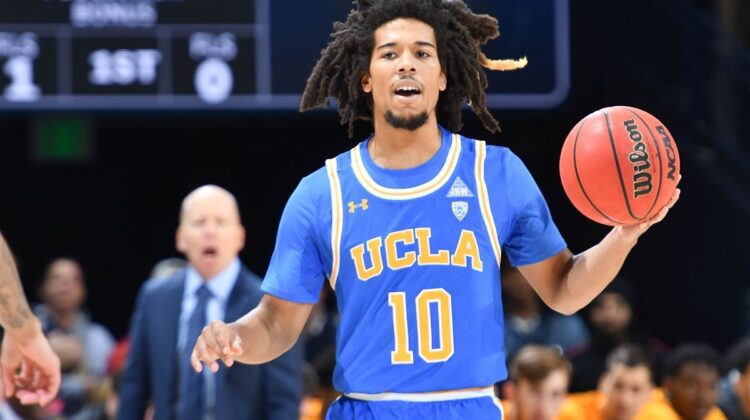 Tyger Campbell is vastly improved
That’s good news for UCLA (10-1) and potentially bad news for the rest of the Pac-12. The steady point guard was a major key to the Bruins’ surprise Final Four run last March, but Campbell has drastically improved in the one area of his game that was lacking a year ago — outside shooting. After shooting just 25 percent from three-point range last season, the 5-11 point guard is currently shooting 50 percent from long distance. Campbell was 5-8 from three-point range in UCLA’s two wins last week over Long Beach State and Cal. He’s already made 24 three-point shots this season after making just 18 a year ago. Campbell is currently averaging 12.8 points and 4.7 assists, with just 12 total turnovers in the Bruins’ first 11 games.

Keep an eye on Tari Eason
If Eason played for Kentucky instead of LSU, he’d regularly be talked about as an All-American. Instead, he’s operating in relative obscurity despite the fact that he plays for a team that is currently 14-1. The 6-8 forward is the type of multidimensional talent that makes people at the next level salivate. A transfer from Cincinnati, Eason is currently averaging 16.2 points and 7.6 rebounds while only playing an average of 24.5 minutes. As of now, this kid is an All-SEC first-team caliber player and the type of prospect that could become a national name as the calendar eventually turns from January to February.

Davidson is again emerging under Bob McKillop
We’ve seen this movie before. But unlike some of McKillop’s previous teams at Davidson that featured major star power with guys like Steph Curry, Jack Gibbs, Tyler Kalinoski, Kellan Grady, and Peyton Aldridge, this group of Wildcats is more balanced and less known nationally. At least for now. Davidson currently has four different players — Hyungjung Lee, Foster Loyer, Mike Jones, and Luka Brakjovic — averaging in double figures. A transfer from Michigan State, the 6-foot Loyer has found a home under McKillop and is flourishing offensively, shooting an astronomical 51.2 percent from three-point range while averaging 16.2 points. The 6-7 Lee meanwhile, is also a bonafide prospect thanks to both his versatility and efficiency; he’s currently averaging 17.4 points and 6.5 rebounds while shooting 51.2 percent from the field and 41.8 percent from three-point range. There’s a lot of basketball left to be played between now and Selection Sunday, but Davidson — who is currently 12-2 — has separated itself in early January as the Atlantic 10’s best hope for an at-large bid to the 2022 NCAA Tournament. The Wildcats have a neutral site win over Alabama on their resume and their two losses came against San Francisco and New Mexico State — two teams with a current combined record of 25-4.