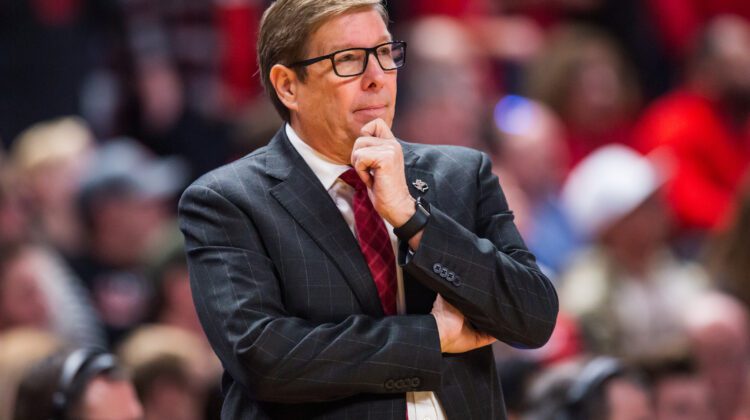 Texas Tech beats Kansas without Terrence Shannon Jr. and Kevin McCullar
Now that’s a sentence that I never thought that I’d be writing when this game started on Saturday. The Red Raiders’ 75-67 win over the Jayhawks in Lubbock came without their top two scorers — Shannon and McCullar — in a game that Texas Tech (11-2) controlled for the entire second half. The victory allowed Mark Adams’ squad to avoid an 0-2 start in Big 12 play prior to heading to Waco to play top-ranked Baylor this week. It also showed that Texas Tech has other options who are capable of stepping to the forefront if needed. UTEP transfer Bryson Williams led the Red Raiders with 22 points and eight rebounds against Kansas while Clarence Nadolny finished with 17. Texas Tech is good enough to finish in the top half of the Big 12.

The ACC officially has a second team aside from Duke
That would be Miami (13-3). The Hurricanes’ 76-74 win over the Blue Devils on Saturday night at Cameron Indoor Stadium extended their winning streak to nine and also brings up an interesting question: Could this be Jim Larranaga’s best team since he led Miami to the Sweet 16 in 2016? The Hurricanes’ small-ball approach features multiple guard sets and minimal up front, but it has its advantages — Miami only had five turnovers in the win over Duke. Larranaga is now 7-7 against the Blue Devils since becoming Miami’s head coach in 2011.

Kadary Richmond has officially arrived
Kevin Willard — and everyone else who saw Seton Hall during the preseason — was beyond effusive in their praise of Richmond, who transferred to Seton Hall after spending last season at Syracuse. He showed why on Saturday against UConn. The 6-6 sophomore came off the bench to score 27 points — including 17 straight at one point — to lead the Pirates to a memorable 90-87 overtime win. This is the most physically imposing lead guard that Willard has had at Seton Hall since Isaiah Whitehead led the Pirates to the 2016 Big East Tournament title. Richmond averaged just 6.3 points and 3.1 assists last season at Syracuse, but played regular minutes during the Orange’s run to the Sweet 16. With he and Bryce Aiken — who had 22 points and seven assists on Saturday against UConn — Seton Hall has the potential to have one of the best backcourts in the Big East.