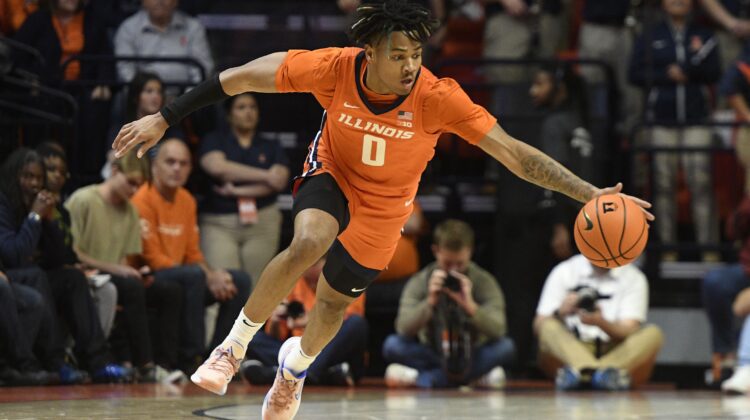 Illinois’ Terrence Shannon Jr. stole the show against UCLA
This is not the same player that we previously saw play for Texas Tech. Well embedded moles in Champaign raved throughout the summer about Shannon’s obsessive work ethic. He reaped the fruits of his labor in Friday’s 79-70 win over UCLA in the first round of the Continental Tire Main Event in Las Vegas. The 6-6 lefty torched the Bruins for 29 points and 10 rebounds while shooting an unfathomable 9-13 from the field and 8-9 from three-point range. Shannon averaged just 9.8 points last season in Lubbock. The Illini will play Virginia on Sunday in Sin City in the title game of the event.

Indiana looked the part against Xavier
There were many who wondered if the Hoosiers were simply the favorites in the Big Ten by default because they returned so many players from last season’s team that reached the NCAA Tournament. Those questions have been answered. Indiana’s 81-79 win over Xavier on Friday night at the Cintas Center was a statement victory for Mike Woodson’s squad in one of the best games that we’ve seen this season. The Hoosiers have depth, experience, and a star in All-American big man Trayce Jackson-Davis, who went for 30 points and six rebounds while shooting 13-16 from the field. Also: Keep an eye on Indiana freshman Malik Reneau. The 6-9 forward came off the bench to tally 12 points and six rebounds; Reneau was also on the floor in crunch time. Remember the name.

A big doubleheader at Mohegan Sun
The Hall of Fame Tip-Off is always one of the best early season tournaments in college basketball. This year is no different. Today’s doubleheader at Mohegan Sun features four quality teams and two quality matchups as Saint Louis faces Maryland and Miami plays Providence. Three of the four teams are currently ranked in the ROTHSTEIN 45 with the Terps being the lone exception. The winners and losers will play tomorrow. These two games are exceptionally critical for the Billikens — who beat Memphis earlier in the week — because they won’t have as many opportunities as the other three teams to play quality opponents. Following this weekend, Saint Louis will have just one other game against a power conference opponent as it travels to Auburn on Nov. 27th. Travis Ford’s squad has to get mileage out of the next two days if it wants to put itself in position to earn an at-large bid to the 2023 NCAA Tournament.