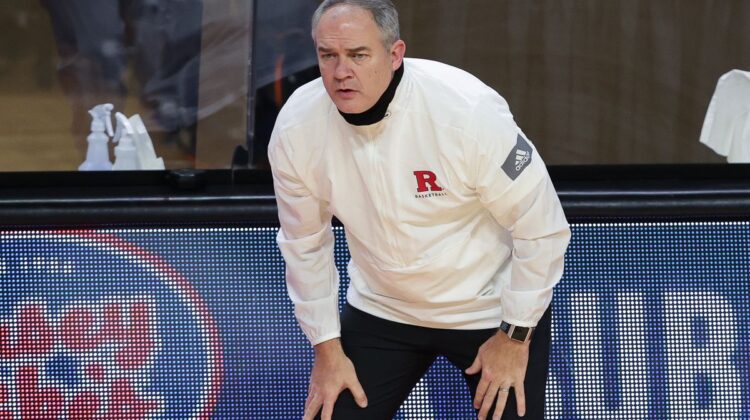 Rutgers/Michigan State
There’s a lot of reasons why I’m so fascinated by the Scarlet Knights’ surge under Steve Pikiell, but one of the biggest is that Rutgers (13-5) has not won a conference regular season title since 1991. How long ago is that? My friend and CBS Sports colleague Bob Wenzel was the head coach and this program was in the Atlantic 10! The Scarlet Knights trail Purdue by one game in the Big Ten standings entering tonight’s matchup with the Spartans and have already beaten the Boilers head-to-head this season. Rutgers has never beaten Michigan State (12-6) in East Lansing since joining the Big Ten.

UCLA has a massive weekend
The Bruins will take a 13-game winning streak to the desert where they’ll face Arizona State (15-3) tonight and Arizona (15-3) on Saturday. UCLA (16-2) can’t clinch a Pac-12 regular season title or a No. 1 seed in the NCAA Tournament by winning both games, but it would go an awfully long way. Both games are Quad 1 opportunities for the Bruins, who are still expected to be without freshman guard Amari Bailey due to a foot injury. The 6-5 Bailey averages 9.5 points and hasn’t played since Dec. 21st.

Keyonte George is taking things to another level
Baylor’s 0-3 start in Big 12 play may have slightly pushed the Bears off the national radar, but this team is still very much in play to be a factor when things matter most. George is a primary reason why. The five-star prospect has elevated his game in conference play and is averaging 22 points and 5.7 rebounds in six league games while getting to the free throw line 53 times during that span. The 6-4 George is playing like an All-American. Baylor (13-5) has won three straight games.