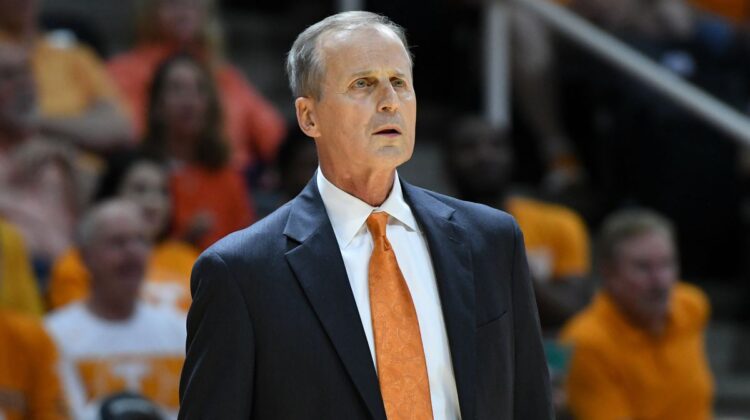 Rick Barnes returns to Texas
Barnes went to 16 NCAA Tournaments in 17 years as Texas’ head coach from 1998-2015, highlighted by a trip to the Final Four in 2003. Today, he returns to Austin with Tennessee as part of the Big 12/SEC Challenge. Chris Beard — whose done a tremendous job embracing the past lineage of the Longhorns’ program — will welcome Barnes with open arms. This is a tricky spot for Texas. It’s not easy to play a non-conference game right in the middle of January, especially when it’s against a figure who was the face of the Longhorns’ program for nearly two decades. It’s also not easy to play a capable opponent like Tennessee just three days before Beard has to return to Texas Tech — a place where he just coached for five years — for the first time as Texas’ head coach, which will happen on Tuesday. A difficult 40 minutes await the Longhorns.

Kentucky visits Kansas
The marquee matchup of the Big 12/SEC Challenge features a battle of blue blood programs at Phog Allen Fieldhouse. Sounds delicious! Both of these teams aren’t probably getting the type of attention that they deserve when it comes to their potential to go to the Final Four and win a national title. Kentucky hasn’t lost a game in 2022 at full strength and has the balance, point guard play (Sahvir Wheeler), shooting (Kellan Grady), and muscle (Oscar Tshiebwe) to reach New Orleans during the first weekend of April. Kansas meanwhile, has arguably the best wing tandem in the sport with Ochai Agbaji and Christian Braun. This is a Final Four caliber game.

A battle of elite perimeters in Tuscaloosa
Like guards? If so then you’ll love this game. Alabama (13-7) has been as mercurial as any team in the sport, but the quality of its guard play has never been in question. The Crimson Tide’s top four scorers — Jahvon Quinerly, Jaden Shackelford, Keon Ellis, and JD Davison — are all perimeter players. Baylor’s backcourt is no pushover. The Bears lost Jared Butler, Davion Mitchell, and MaCio Teague from last year’s team that won a national title, but still have one of the best guard cores in the country with James Akinjo, Adam Flagler, LJ Cryer, and Matthew Mayer. Akinjo did not play in the last game due to a lingering tailbone injury. This game may not have the same cache as Kentucky’s trip to Kansas, but it could very well be the most entertaining tilt of the Big 12/SEC Challenge.