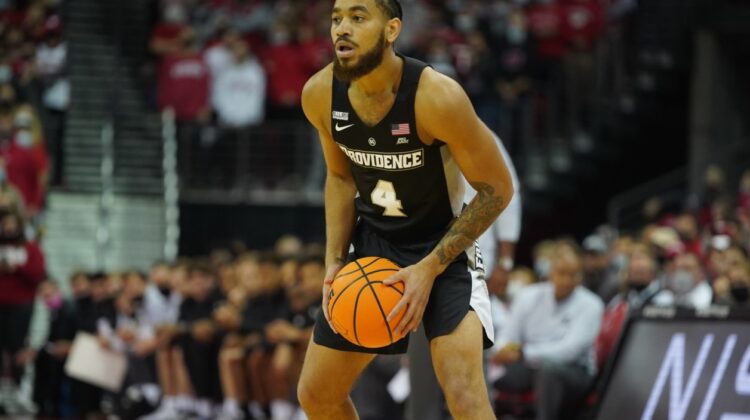 Jared Bynum may be the best guard on the court tonight at the Dunkin Donuts Center
That doesn’t mean that most people wouldn’t take Villanova’s Collin Gillespie over Bynum at point guard if they needed a floor general for one game, but it does mean that Bynum has been playing like an All-Big East caliber player. A transfer from St. Joe’s, Bynum is averaging 25.3 points, 4.7 rebounds, four assists, and 2.3 steals over his last three games while shooting 63.1 percent from the field and 71.4 percent from three-point range during that span. That’s utterly ridiculous. Providence is 26-9 over the past two years in games where Bynum is in the lineup.

Kentucky/Tennessee
The Wildcats have won five SEC games in a row. The Vols have won seven SEC games in a row. Something’s gotta give tonight in Knoxville. Remember: Kentucky has yet to lose in 2022 when it’s been at full strength. One of its victories was a 28-point decimation of Tennessee on Jan. 15th at Rupp Arena. Rick Barnes’ squad appears to be a different team now versus then and has settled into a perimeter based attack that is based on speed and ball security. The Vols only turned the ball over nine times in Saturday’s win over Vanderbilt. Tennessee hasn’t been viewed up until this point as a Sweet 16 caliber team — that could change with a win tonight against Kentucky.