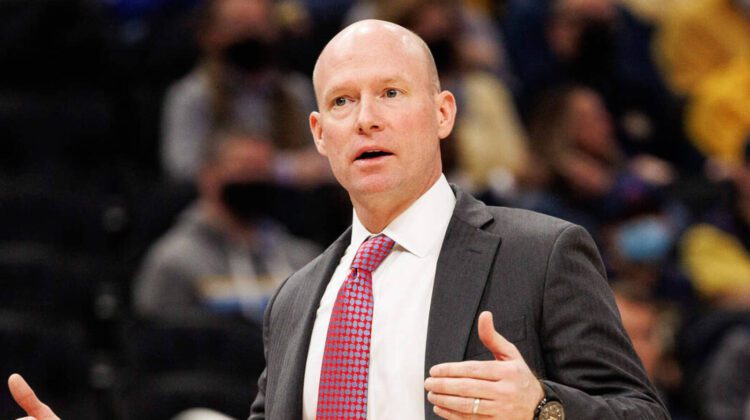 Kevin Willard has Maryland ahead of schedule
The Terps didn’t just win the Hall of Fame Tip-Off at Mohegan Sun over the weekend — they dominated the tournament. Maryland’s back-to-back wins over Saint Louis and Miami came by an average of 23 points; the Terps had a double-digit lead for the entire second half in both games. For a team that was picked 10th in the Big Ten’s Preseason Poll, this was incredibly impressive. It took Willard until his sixth season at Seton Hall to lead the Pirates to the NCAA Tournament. With this kind of early momentum, he now looks like he has a team in his first year in College Park that has all intentions of making a run at the bracket in 2023. Maryland is now 5-0 with all five wins coming by double figures.

Baylor’s guards are more than a handful
Just ask UCLA. On a night where five-star freshman Keyonte George only scored four points while shooting 2-10 from the field and 0-6 from three-point range, Baylor’s two other primary perimeter starters — LJ Cryer and Adam Flagler — combined for 50 points in an 80-75 win over the Bruins on Sunday in Las Vegas. Cryer — who missed a large portion of last season due to a foot injury — scored 28 points while Flagler had 22. Both players were 4-8 from three-point range. Reserve guard Dale Bonner also added nine points off the bench. There aren’t many perimeters in college basketball that can constantly keep opponents on their heels like this group.

The Maui Invitational
I’ve said it before and I’ll say it again: This is the best Maui Invitational field that I’ve covered in nearly 20 years on this beat. Opening round action gets going this afternoon as Creighton faces Texas Tech and Arkansas plays Louisville. Tonight, Ohio State will meet San Diego State and Arizona faces Cincinnati. It wouldn’t shock me if six of the eight teams in this field wind up playing in the 2023 NCAA Tournament. This event is appointment television over the next three days.