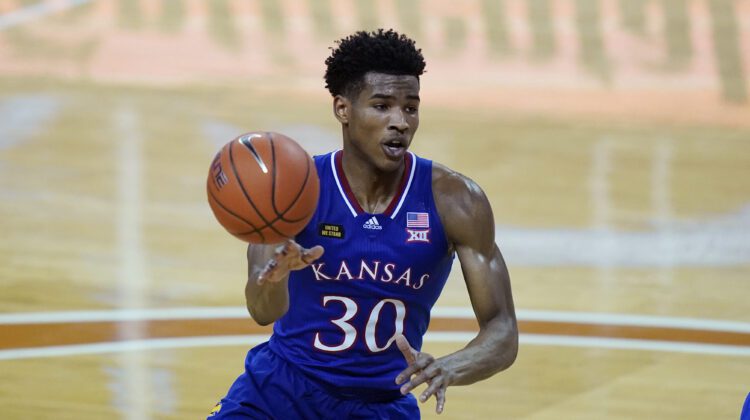 Mark Adams’ defense against Ochai Agbaji
Texas Tech is holding opponents to just 60.6 points in its first seven Big 12 games, but the weight class gets raised tonight against Agbaji and Kansas at Phog Allen Fieldhouse. The 6-5 senior has been incredibly efficient this season, averaging 20.4 points while shooting a blistering 52.3 points and 45.8 percent from three-point range. It will be interesting to see just how much Adams — who with each and every game is proving his status as a defensive mastermind — can slow Agbaji down. The All-American candidate has only scored less than 16 points in one Big 12 game this season. Kansas is averaging 72.2 points through six conference games.

Sasha Stefanovic is Purdue’s X-Factor
The numbers don’t lie. Over the last four years, the Boilers are 28-5 in games where Stefanovic scores in double figures including an impressive 10-0 mark this season. The 6-5 senior had 22 points and was 6-10 from three-point range in Sunday’s 80-60 win over Northwestern. While much of the attention surrounding Purdue is focused on Zach Edey, Trevion Williams, and Jaden Ivey, Stefanovic is also a critical piece to monitor in West Lafayette. His role on this team is somewhat comparable to the role that Ryan Cline played in the 2019 Purdue squad that nearly reached the Final Four, but came up just short against Virginia in the Elite Eight.

St. John’s has a must win against Seton Hall
Either St. John’s (10-7) is going to get a road win tonight in South Orange or it’s going to have to embrace the notion that Mike Anderson’s third season as head coach of the Red Storm is trending towards being a disappointment. The importance of tonight’s game is augmented by the fact that the Red Storm will have to play another road game later in the week at Villanova. St. John’s entered the season with NCAA Tournament expectations and two of the top players in the Big East in Julian Champagnie (20.4 points) and Posh Alexander (14.8 points, 4.5 rebounds, 4.9 assists, 2.5 steals). For many reasons though, this unit has never gotten into a rhythm — at least not yet. With Champagnie — a bonafide All-American candidate — as an anchor, this team still has the star power needed to turn things around if it can be better in close games. St. John’s is just 1-5 this season in games against power conference opponents that are decided by 10 points or less. This team is also 0-5 against Quad 1 opponents.