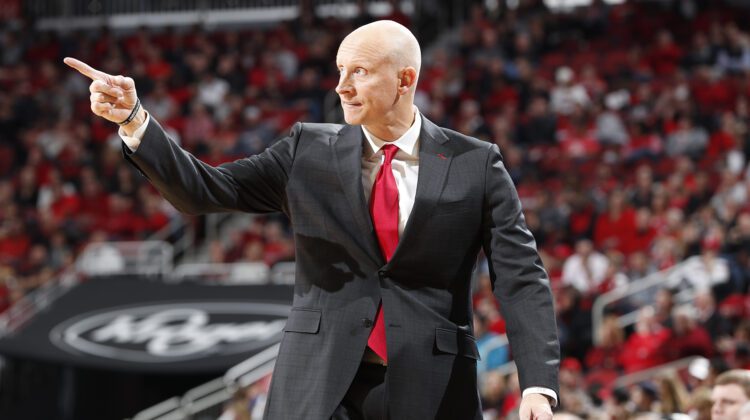 Louisville is again enduring in-season drama
There’s simply never a dull moment with this program. After years of NCAA violations and even postseason bans, the Cardinals are now expected to take part in an in-season coaching change, as Chris Mack is expected to be relieved of his duties later today with assistant Mike Pegues set to take over as interim head coach. Mack went to one NCAA Tournament in his three and a half seasons at Louisville and would have had a high seed in the 2020 NCAA Tournament had it not been cancelled due to COVID. Who will be his replacement? Current New York Knicks assistant and former Louisville star Kenny Payne — who served as a longtime assistant to John Calipari at Kentucky — is certain to be mentioned as a possibility, but there will massive interest across the board. Many in the industry believe that this is one of the top seven or eight jobs in all of college basketball. Expect a long line for this vacancy.

A big night in the Big East
Don’t show up if you’re soft! As of now, there are currently seven teams from the Big East — Villanova, UConn, Xavier, Marquette, Providence, Seton Hall, and Creighton — projected to be in the 2022 NCAA Tournament. Four of those squads are in action tonight. Xavier hosts Providence at the Cintas Center (6:30 PM ET, CBS Sports Network) in a game that the Musketeers need to win in order to hold pace with the rest of the conference. Meanwhile, Marquette’s trip to Newark to face Seton Hall should be nothing short of a bloodbath. The two teams played 11 days ago in Milwaukee in a game won by the Golden Eagles on a controversial call in the final seconds. Shaka Smart’s squad enters tonight’s game at 14-6 overall and on a six-game winning streak.

Oklahoma State’s nucleus is building towards 22-23
This team won’t get a chance to play in the Big 12 Tournament or the NCAA Tournament due to a ridiculous postseason ban, but the majority of the Cowboys’ nucleus is still in place for the rest of this season and beyond. Seven of this team’s top nine scorers — Avery Anderson, Bryce Thompson, Kalib Boone, Moussa Cisse, Keylan Boone, Matthew-Alexander Moncrieffe, and Rondel Walker — are in position to return next season. Oklahoma State (10-8) also has won two of its last three games entering tonight’s matchup with Iowa State in Stillwater. Both victories came against NCAA Tournament caliber teams in Baylor and TCU. “We’ve got really good guys on this team”, Oklahoma State coach Mike Boynton told College Hoops Today on Tuesday. “If we didn’t have good guys on this team, I don’t know if this would be possible.” The Cowboys won’t be able to play in the postseason, but if they keep showing tangible improvement, it could put them in position to begin next season with the rhythm and chemistry needed to be one of the top teams in the Big 12 in 22-23.