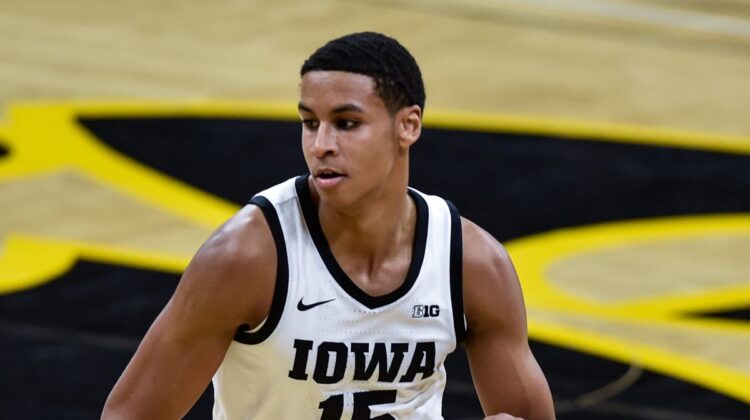 America may be taking Keegan Murray for granted
It’s not an oversight, it’s an insult. The 6-8 Murray is first in the Big Ten in scoring (23.3), third in rebounding (8.4), and fourth in blocked shots (2.0), but he’s rarely mentioned in the same breath as other All-Americans from the conference like Illinois’ Kofi Cockburn, Ohio State’s E.J. Liddell, and Wisconsin’s Johnny Davis. Iowa (17-7) may not be having the same amount of team success as some of those other teams, but that doesn’t mean that Murray isn’t producing at an elite level. In his last three games, Murray is averaging 30.3 points, 9.3 rebounds, and two blocks. He’ll look to continue his tear tonight in Iowa City as the Hawkeyes host Michigan (13-10).

The Mountain West still isn’t close to its ceiling
That may be hard for people to grasp when four teams from this league — Wyoming, Colorado State, Boise State, and San Diego State — are firmly in the NCAA Tournament picture, but it’s the utmost truth. The Mountain West is having a breakout year and it’s doing so without two of its best brands — UNLV and New Mexico — contributing at a high level. To be fair, both of these programs are transitioning as they each have first-year head coaches in Kevin Kruger and Richard Pitino respectively. Nevertheless, it speaks to the upside of this league that four teams can potentially reach the NCAA Tournament and neither UNLV or New Mexico is part of that equation. The Runnin Rebels haven’t heard their name called on Selection Sunday since 2013 while New Mexico hasn’t played in the NCAA Tournament since 2014.