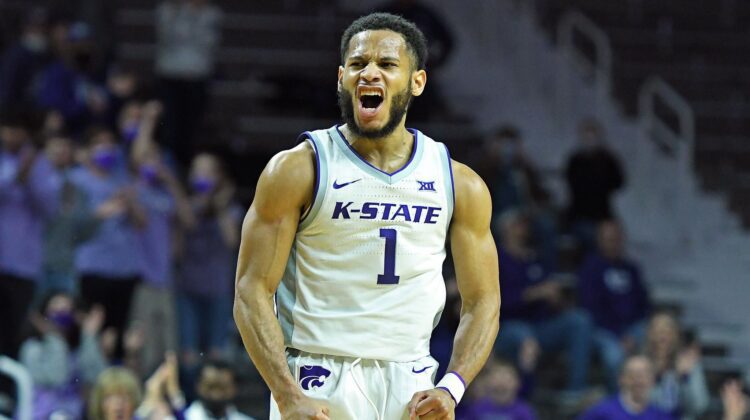 Kansas State gets a crack at Hilton Coliseum
This venue hasn’t been very kind to visitors over the past few weeks. In Iowa State’s first three home games against Big 12 opponents, the Cyclones are 3-0 with each win coming by an average of 20 points. The weight class gets raised tonight against the Wildcats, who were ranked THIRD in this week’s ROTHSTEIN 45. As usual, Kansas State will need a quality game from All-American guard Markquis Nowell to have a chance to pull off the victory on the road. The 5-8 floor general is coming off a 23-point, eight-rebound, five-assist performance in Saturday’s win over Texas Tech.

North Carolina/Syracuse
Eight days ago, the Orange were inches away from beating Miami in Coral Gables. Can they upset the Tar Heels tonight at home and begin chatter that they’re primed to make a push in February towards the bubble? Don’t rule it out of the realm of possibility. North Carolina’s only true road win this season is at Louisville and the Tar Heels are shooting just 31.6 percent from three-point range as a team. That could be a major factor against Syracuse’s 2-3 zone. The Orange are just 13-7 overall, but have won four of their last six games.

Trayce Jackson-Davis is playing the best basketball of his career
In Indiana’s last six games, Jackson-Davis is averaging 24.3 points, 13.3 rebounds, 4.7 assists, and 3.7 blocks. I’ve never seen him play better during his four-year college career. The 6-9 big man has now separated himself as the Big Ten’s second-best player behind Purdue’s Zach Edey (21.5 points, 13.2 rebounds), who is the clear favorite to be the National Player of the Year.