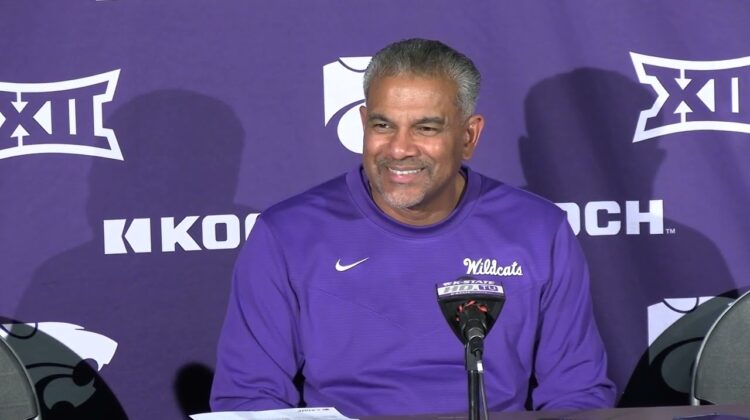 Kansas/Kansas State
Are the Wildcats — who are off to a 15-2 start in their first season under Jerome Tang — a legitimate contender for the Big 12 regular season title? We’ll have a better idea after tonight. Tang — who has emerged as a bonafide National Coach of the Year candidate — said when he was hired that his job wasn’t to beat Kansas (16-1), but rather to win the Big 12. A win tonight would go a long way towards accomplishing that goal as the Jayhawks were the top ranked team in this week’s ROTHSTEIN 45. Kansas is 6-0 this season in games decided by five points or fewer.

Fletcher Loyer continues to be huge in crunch time for Purdue
After making big shots late in recent games against both Rutgers and Ohio State, Loyer also had a major hand in Monday’s one-point win at Michigan State. In addition to making two key free throws in the final minute, Loyer also assisted on the game-winning basket, setting up Zach Edey for a layup at the rim in the final seconds. The 6-4 Loyer finished the game with 17 points and is averaging 16.4 points over his last five outings. There’s no way that Purdue is 17-1 and in first place in the Big Ten without him.

Mike White’s first game at Rupp Arena as Georgia’s head coach
People from the periphery will look at tonight’s matchup as Kentucky’s first game following its big win on Saturday at Tennessee, but White’s 13-4 start at Georgia is also a major storyline. The Bulldogs won just six games last season and White — who came to Athens last spring from Florida — has done as good of a coaching job as anyone so far this season. White never got credit for the job that he did at Florida because he wasn’t Billy Donovan, but it should be pointed out that prior to last season, the Gators were the only program in the SEC to win a game in the previous four NCAA Tournaments. White was 2-5 at Rupp Arena during his tenure at Florida.