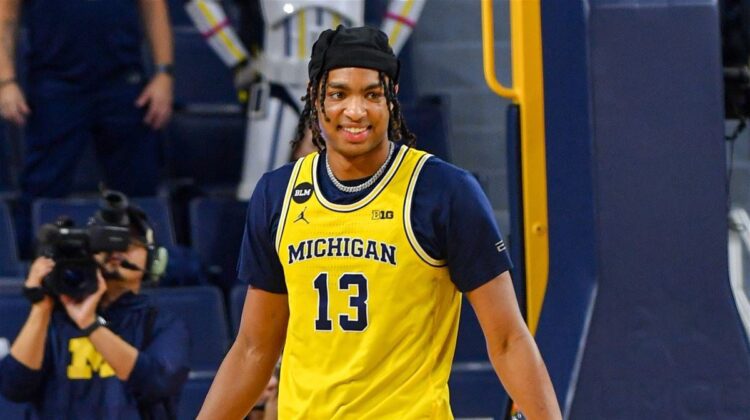 Jett Howard is sending an early message
My antennas went up last week when Howard — the son of Michigan head coach Juwan Howard — went for 30 and made six three-point shots in an exhibition game. They stayed up after he tallied 21 points in Monday night’s win over Purdue Fort Wayne while shooting an impressive 8-15 from the field and 5-10 from long distance. The 6-8 Howard — a consensus top-50 recruit out of high school — is showing his offensive prowess out of the gate. This kid has the ability to be one of the best freshmen in the country this season — not just one of the best freshmen in the Big Ten.

Villanova looked like Villanova
The Wildcats’ first game in 21 years without Jay Wright was very similar to many that they had played in the past. Villanova was crisp on offense and tough on defense in Monday’s 81-68 win over Big 5 rival La Salle, shooting an impressive 55.8 percent from the field and 65 percent from three-point range. The veteran troika of Eric Dixon, Caleb Daniels, and Brandon Slater combined for 56 points in the victory. Kyle Neptune will aim to lead the Wildcats to a 2-0 start on Friday against Temple in North Philadelphia. Remember: Villanova is currently playing without its two most talented players — Justin Moore (achilles) and Cam Whitmore (thumb) — who are both out with injuries.

Trey Kaufman-Renn’s debut for Purdue
Never heard of Kaufman-Renn? You will soon enough. The 6-9 big man redshirted last season, but will make his college debut tonight at Mackey Arena against Milwaukee. Kaufman-Renn had 15 pounds and six rebounds in 17 minutes in an exhibition game last week and should make an immediate impact for the Boilers. This is another potential All-Big Ten caliber player to monitor in Purdue’s frontcourt along with Zach Edey, Mason Gillis, and Caleb Furst.