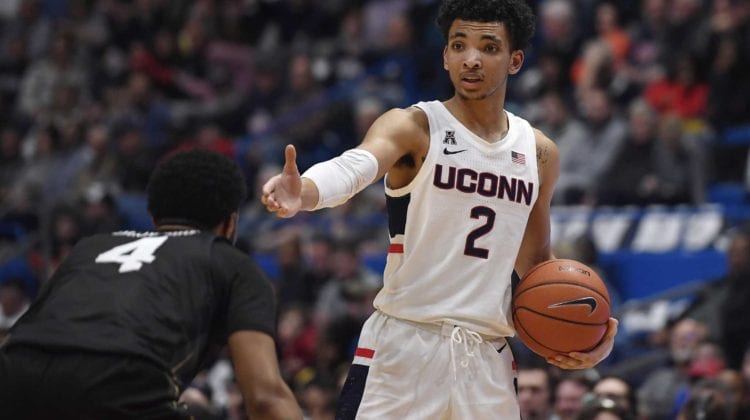 James Bouknight makes UConn a team to monitor
Effortless would be the best word to describe Bouknight’s performance in Tuesday night’s 12-point win over Providence. In what was his first game since Jan. 5th due to an elbow injury, the 6-5 guard scored 18 points on 13 shots and also grabbed four rebounds. With Bouknight, Akok Akok, and Andre Jackson now fully healthy, the Huskies have a fully active roster for the first time this season. UConn (10-5) doesn’t just resemble a team that can make the NCAA Tournament next month when it’s at full strength; it resembles a team that no one will want to play in the NCAA Tournament.

RaiQuan Gray is turning into Florida State’s Draymond Green
Let’s make this very clear: Gray is NOT being compared to Draymond Green. But it’s hard not to watch him play and feel like he’s emerging into the Seminoles’ version of the former Michigan State and current Golden State Warriors star. The 6-8, 260 pound forward has recalibrated his body and refined his game. Now a bouncy, nimble point forward, the redshirt junior is arguably the most indispensable player on the Seminoles roster simply because he simply can’t be replicated. Over his last three games, Gray is averaging 20.7 points, 8.7 rebounds, and three assists. This kid could emerge into a national star over the next month.

The rubber is about to meet the road for Boise State
Is this the best team that Leon Rice has had since he’s been a head coach? We’ll find out over the next 10 days. Tonight’s game against Utah State in Boise begins a critical four-game close to the regular season for the Broncos, who need to perform well down the stretch to earn an at-large bid to the NCAA Tournament. In addition to this week’s series with the Aggies, Boise State (16-4) will travel to Viejas Arena for two games next week against San Diego State. That’s four opportunities in less than two weeks against two teams that are firmly in the NCAA Tournament picture. The best wins currently on the Broncos’ resume are road triumphs at BYU and Colorado State. Tonight’s game tips off at 9 PM ET and can be seen on CBS Sports Network.