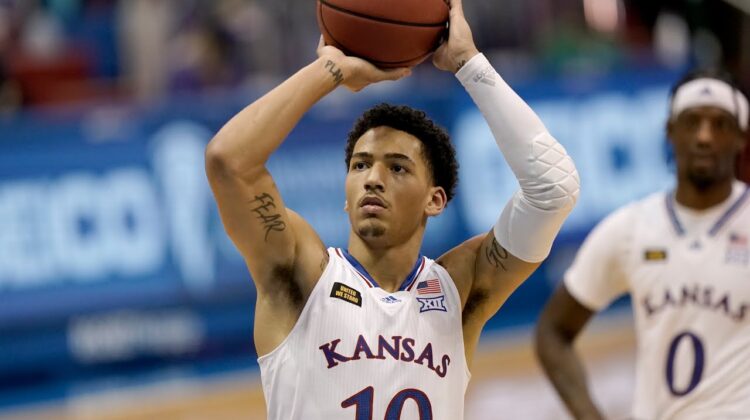 Jalen Wilson is playing like a first-team All-American
Many people expected Wilson to take a major step forward for Kansas following the losses of Ochai Agbaji and Christian Braun. He’s living up to the billing. The 6-8 junior had 25 points, 11 rebounds, and five assists in Tuesday night’s 69-64 win over Duke in the Champions Classic and is averaging 21.7 points, 10.3 rebounds, and 4.3 assists in three games this season. Wilson has been a major beneficiary of the Jayhawks’ “small ball lineup”, which has opened up the floor for easy layups in transition.

Tom Izzo put on a tactical show against Kentucky
There’s a reason why this guy has led Michigan State to eight Final Fours during his Hall-of-Fame career. Trailing by a basket at the end of regulation and the end of the game’s first overtime, Izzo devised two perfect plays following two timeouts that the Spartans executed at an elite level. Both conversions extended the game, which Michigan State won 86-77 in double overtime. The Spartans don’t have the most talented roster that they’ve ever had under Izzo, but they’ve shown in their past two games that they’re more than capable of again competing for a Big Ten regular season title. Having a Hall-of-Fame head coach doesn’t hurt either.

Gonzaga visits Texas
The Longhorns had moments of promise a year ago in Chris Beard’s first season as head coach of his alma mater, but they never really seemed like they were a real player nationally despite earning a six seed on Selection Sunday and advancing to the second round of the NCAA Tournament. Tonight’s game in Austin should be a good indicator as to just how much Beard’s second squad at Texas is capable of. Conversely, Gonzaga’s ceiling is very much in question. Despite coming back to beat Michigan State last Friday in San Diego, the Bulldogs are still relying on a slew of unproven players — Nolan Hickman (eight points, three assists) and Hunter Sallis (five points, 2.5 rebounds) — to play significant minutes on the perimeter. Remember: One of the main reasons why Gonzaga was able to go a combined 59-5 over the past two seasons and earn back-to-back No. 1 seeds in the NCAA Tournament was because its backcourt featured Jalen Suggs, Andrew Nembhard, and Joel Ayayi.