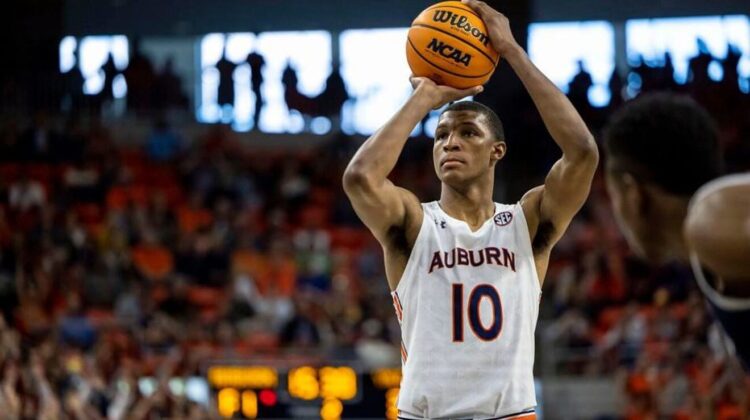 Jabari Smith can do for Bruce Pearl what Carmelo Anthony did for Jim Boeheim in 2003
19 years ago, Boeheim won his first and only national title mostly in part due to Anthony, who took a very good Syracuse team to an elite level during March and early April. Smith is capable of doing the very same thing this season for Auburn. The 6-10 forward — who is in prime position to be the top overall pick in the 2022 NBA Draft — never forces the issue on offense, but still possesses the type of generational talent needed to single handedly take over the NCAA Tournament over a six-game span. America still hasn’t seen the best of Smith, who had 14 points on just 10 shots in Auburn’s 80-71 win over Kentucky on Saturday to go with seven rebounds. Smith hasn’t scored more than 25 in a game this season — at least not yet.

Leonard Hamilton is doing Leonard Hamilton things
On Dec. 12th, Florida State was just 5-4. Five weeks later, the Seminoles have won eight of nine and are in sole possession of first place in the ACC. Don’t be surprised. Florida State has finished fourth or better in the ACC in each of the last three seasons and has advanced to the second weekend of the last three NCAA Tournaments. After losing four of its top five scorers — MJ Walker, RaiQuan Gray, Balsa Koprivica, and Scottie Barnes — from last season’s team that lost to Michigan in the Sweet 16, Leonard Hamilton knew that it would take time for things to come together for this particular team. The Seminoles’ top two scorers — Caleb Mills and Matthew Cleveland — were not active members of Florida State’s program last season. “We’re about a month ahead of schedule,” Hamilton told College Hoops Today this week. “We’ve got to keep developing our guys up front.” The Seminoles are now 13-5 overall and will next travel to Georgia Tech on Wednesday.

Michigan’s trip to Indiana
There were some who wondered if the Wolverines were “dead” when they fell to 7-7 a few weeks ago after a lopsided loss at Illinois. Today in Bloomington, we’ll find out if Michigan is — to quote Billy Crystal in The Princess Bride — “mostly dead or all dead”. Indiana (14-4) is playing its best basketball of the season and has won four of its last five games after Thursday night’s dramatic victory over in-state rival Purdue. If the Wolverines can be competitive with the Hoosiers today at Assembly Hall then there’s still hope for them to turn things around as the calendar turns from January to February. Indiana has not lost at home this season.