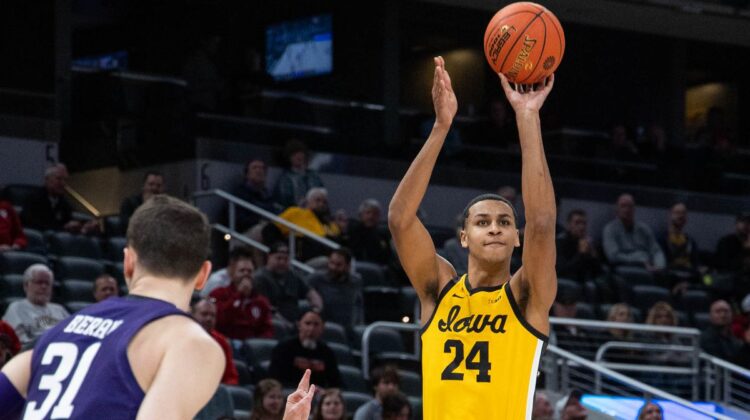 Iowa sends a message
In 2020, this program lost Luka Garza, Joe Wieskamp, and C.J. Fredrick. In 2021, it lost Keegan Murray. But Iowa’s product has never changed, as evidenced by the Hawkeyes’ 83-67 win over Seton Hall on Wednesday night in Newark. The signature win was also a coming out party for Kris Murray — the brother of Keegan Murray — who finished with 29 points and 11 rebounds in the triumph. He also made three three-point shots. With Murray and burly veteran guard Tony Perkins (18 points, five assists against Seton Hall) leading the way, Iowa should once again have a team that can compete at the top of the Big Ten and advance to the NCAA Tournament. Through three games, the Hawkeyes are averaging 94.7 points.

Michigan has deceptive balance
The world knows that Hunter Dickinson is an All-American, but his supporting cast is now coming to the forefront. Michigan had seven players score between seven and 17 points in a convincing 91-60 win over Pitt on Monday night at the Barclays Center, further reiterating that this team is about much more than just one player. Jett Howard led the Wolverines with 17 points. “You have to pick your poison with them,” Pitt head coach Jeff Capel said following the game. “Obviously, so much of the attention goes on Hunter, but tonight the other guys around him really made shots.” Dickinson finished with 11 points, seven rebounds, and five assists. He came into Monday night’s game averaging 26.5 points and 9.5 rebounds.

Nebraska visits St. John’s
This isn’t the most intriguing matchup in the Gavitt Games this week, but that doesn’t mean that it’s not significant for both programs. Nebraska (2-0) is just 26-67 in four years under Fred Hoiberg and needs to show tangible progress this season. St. John’s (3-0) meanwhile is 53-41 in four years under Mike Anderson and its fan base is anxious for its first trip to the NCAA Tournament since 2019, which occurred under Chris Mullin. The winner of tonight’s game will have early season momentum. The loser will have early season adversity. It will be interesting to see how Hoiberg devises a plan to handle St. John’s relentless defensive pressure, which is always magnified within the confines of Carnesecca Arena.