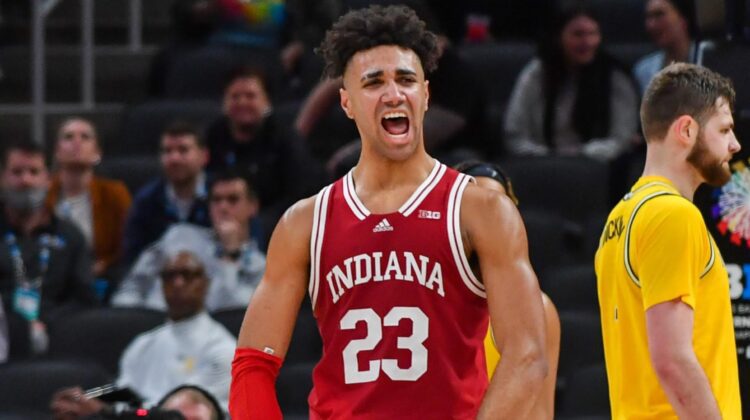 Indiana visits Xavier
There’s a big game feel surrounding tonight’s matchup at the Cintas Center and that’s for good reason. Indiana (2-0) is the consensus favorite in the Big Ten and Xavier (3-0) has NCAA Tournament expectations under Sean Miller, who was previously the head coach of the Musketeers from 2004-09. Both teams are currently undefeated. A major key in this game is the health of Xavier’s Colby Jones (13.5 points, seven assists, four rebounds), who missed the Musketeers’ last game against Fairfield. Without Jones, Xavier will be hard pressed to beat a team that brings back a large nucleus from last season’s squad that reached the NCAA Tournament, headlined by All-American big man Trayce Jackson-Davis (18 points, 6.5 rebounds).

The Continental Tire Main Event in Las Vegas
This early season tournament feels more like a Sweet 16 doubleheader than it does a pair of games during the second week of the college basketball season. Nevertheless, two gigantic matchups will occur tonight in Sin City as Baylor faces Virginia and Illinois plays UCLA. The winners and losers will play on Sunday. All four teams are currently ranked in the ROTHSTEIN 45 with Baylor and UCLA cemented in the Top 10. The winner of this event — which will be played at MGM Grand Garden Arena — will have two massive victories on its resume that will carry weight all the way to Selection Sunday.

Elite COVID seniors need to be prioritized
Recruiting has changed and I’m not talking directly about the transfer portal. If a senior has an additional year of eligibility due to COVID and is an all-conference caliber player, he needs to be recruited by his current school like he’s a five-star prospect if he can’t secure a multi-year deal in the NBA. Villanova did it last season with both Collin Gillespie and Jermaine Samuels and the result was an appearance in the Final Four. One program that did it last spring and is already reaping the benefits? Penn State. Through four games this season, fifth-year guard Jalen Pickett is currently averaging 16 points, 8.5 assists, and 5.5 rebounds. The Nittany Lions are off to a 4-0 start entering today’s game in Charleston against Virginia Tech.