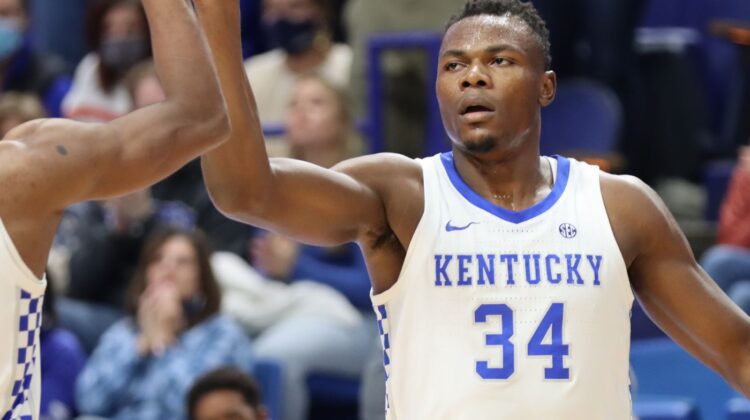 Drew Timme against Oscar Tshiebwe
Two of the leading candidates for National Player of the Year will do battle in a head-to-head matchup that feels reminiscent of a showdown between NBA centers in the mid 1990s. The 6-10 Timme — who has quietly had one of the more decorated careers that we’ve seen a college player have in a long time — enters tonight’s matchup against Kentucky averaging 20.7 points and eight rebounds for Gonzaga. Tshiebwe — the reigning AP National Player of the Year — is averaging 14 points and 12.5 rebounds, but has only played in two games as he was recovering from preseason knee surgery. Spokane Arena should be on fire for this matchup between two of the sport’s best programs.

Another big doubleheader in Las Vegas
A really good team is going to leave Sin City today with an 0-2 record in this weekend’s Continental Tire Main Event as Baylor and UCLA square off in the tournament’s consolation game. The championship tilt between Illinois and Virginia should feature a fascinating matchup between a team with tons of returning personnel (Virginia) and a team with a slew of brand new components (Illinois). The Illini though, managed to erase a 15-point second-half deficit on Friday en route to a dramatic early season win over the Bruins. It will be interesting to see how the Cavaliers and Tony Bennett — a defensive minded head coach — devise a plan to slow down Illinois’ Terrence Shannon Jr. after he exploded for 29 points and 10 rebounds in Friday’s win over UCLA.

Houston hits the road against Oregon
The Cougars have eviscerated their first four opponents by an average of 36.5 points, but they’ll play in a different weight class tonight against Oregon (2-1) in Eugene. The Ducks are projected to be one of the best teams in the Pac-12 despite last week’s disappointing home loss to UC Irvine. For Oregon to earn a signature win, it will have to contain Houston (4-0) on the glass and also do a much better job shooting the basketball. Through three games, the Ducks are shooting just 30.1 percent from three-point range; veteran point guard Will Richardson has only made 4-of-17 attempts from long distance during that span. Houston has out rebounded its first four opponents by 38.