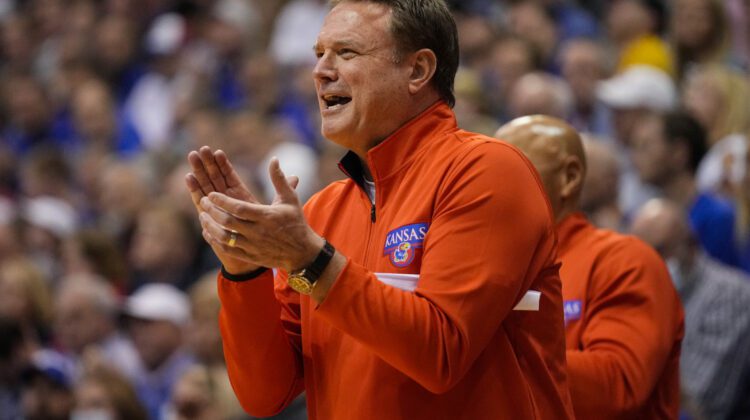 Bill Self returns for Kansas
The Hall-of-Fame head coach will make his season debut for the Jayhawks today against NC State in the first round of the Battle 4 Atlantis after serving a four-game suspension to start the year. Kansas went 4-0 when Self was absent from the bench, with its last two victories coming by an average of 5.5 points. Today’s game will be the first time this season that NC State (4-0) has faced an opponent from a power conference. The Wolfpack are led by 6-4 sophomore Terquavion Smith, who enters today’s game averaging 19 points, 5.3 assists, 3.3 steals, and 2.5 rebounds.

Arkansas’ ceiling is higher than the past two seasons
And in each of the past two seasons, the Razorbacks reached the Elite Eight. Arkansas didn’t beat Creighton on Tuesday in the semifinals of the Maui Invitational, but Eric Musselman’s team showed incredible promise, resolve, and upside in a three-point loss. Think about this: Arkansas took Creighton — the best team in the Big East — to the wire on a neutral court and didn’t have five-star freshman Nick Smith in the lineup due to a knee injury. How strong is Smith’s potential? There’s a legitimate chance that he’s the first college player selected in the 2023 NBA Draft. The Razorbacks will play San Diego State today in the consolation game.

Courtney Ramey is already flourishing in Tommy Lloyd’s system
Who is this guy? One year after he averaged just 9.4 points at Texas, Ramey has made an instant impact in two games with Arizona. After sitting out the first three contests of the year due to an NCAA issued suspension, Ramey — a 6-3 guard and fifth-year senior — is averaging 19 points while shooting 14-23 from the field and 8-10 from three-point range. It’s early, but the marriage between Ramey and Lloyd’s high octane approach seems to be a perfect fit. The Wildcats will face Creighton on Wednesday in the title game of the 2023 Maui Invitational.