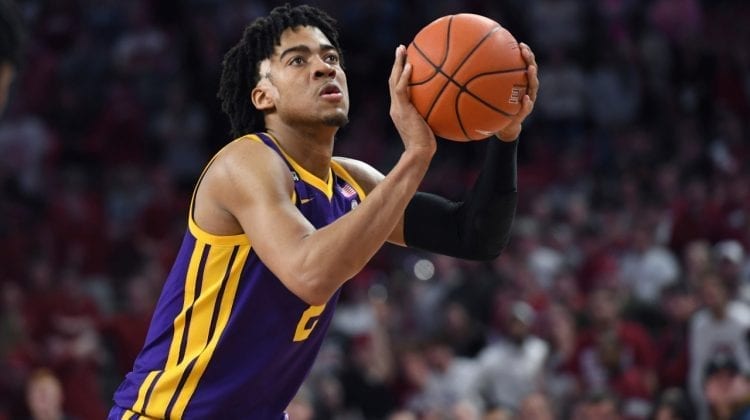 Over the next few months, we’ll break down one league every week, featuring key questions, preseason power rankings, preseason awards, and more.

This week’s focus is on the SEC.

Check below for a comprehensive breakdown of the conference:

1. Will Olivier Sarr be eligible for Kentucky?

It’s a decision that could ultimately determine the ceiling for the SEC as a conference. The NCAA has reportedly cleared Sarr — a 7-foot transfer from Wake Forest — to play next season, but the SEC has not. Why is that? The SEC currently has a rule in place where transfers with one season of eligibility remaining can only play immediately without sitting out if they come into the conference as a graduate transfer; Sarr does not fit this criteria and that is why he has filed a waiver with the NCAA for immediate eligibility. If Sarr — who averaged 13.7 points and 9 rebounds last season — is not able to play for Kentucky, John Calipari will have to turn a pair of freshmen — Isaiah Jackson and Lance Ware — to stabilize things at center. The Wildcats only return one single player — Keion Brooks — from last season’s team that won the SEC regular season title.

2. What’s the most underrated thing about Tennessee?

Perimeter depth. The Vols boast a terrific power forward/center combo in Yves Pons and John Fulkerson, but the strength of Rick Barnes’ team may be its ability to remain skilled and versatile. Tennessee brings in two five-star freshmen in Jaden Springer and Keon Johnson, who stand at 6-4 and 6-5 respectively to go along with a pair of returning guards who boast good size in Santiago Vescovi (6-3) and Josiah-Jordan James (6-6). Oregon transfer Victor Bailey is also a capable college veteran at 6-4 who will have a significant impact while Sacred Heart grad transfer E.J. Anosike brings experience and grit at 6-7. That’s six different players who stand between 6-3 and 6-7, not including the 6-6 Pons who heavily debated entering the 2020 NBA Draft before returning to school. The Vols have the makings of an elite defensive team with interchangeable pieces who can guard multiple positions. It’s just one of many reasons why Tennessee is viewed as the team to beat in the SEC.

3. Who has the best roster in the SEC?

LSU. The Tigers will welcome back three players who went through the NBA Draft process in Javonte Smart, Trendon Watford, and Darius Days while freshman Cam Thomas was a five-star recruit who should instantly be a double-figure scorer. Will Wade has also added several capable bodies up front to play behind Watford and Days in Bryan Penn-Johnson (Washington), Josh LeBlanc (Georgetown), and Shareef O’Neal (UCLA), who all arrived in Baton Rouge as transfers. The Tigers have to be better defensively than they were last season, but there’s no denying this team’s on-court potential. If all hands are on deck, LSU has the best roster in the SEC.

To be determined. The Crimson Tide return three all-conference caliber players in John Petty, Jaden Shackelford, and Herb Jones, but this team’s ceiling will ultimately depend on two things: defense and point guard play. Alabama was just 8-10 last season in SEC play and gave up an average of 80.2 points during that 18-game stretch. While the Crimson Tide don’t necessarily have to be a great defensive team to make the NCAA Tournament, they need to be better than they were last season. Alabama is also going to have to replace a potential lottery pick at point guard in Kira Lewis, who a year ago averaged 18.5 points, 4.8 rebounds, 5.2 assists, and 1.8 steals. Villanova transfer Jahvon Quinerly — a former five-star recruit — is the expected replacement for Lewis and while he’s more likely to flourish in Nate Oats’ high-octane system than he was during his freshman year at Villanova where he averaged just 3.2 points, Quinerly is still unproven at the college level. Alabama has recruited well, headlined by freshman guard Josh Primo and Yale grad transfer Jordan Bruner, but this is still a team that had a losing record last season in SEC play, struggled to defend, and lost a lottery pick at the most important position on the floor. There’s no questioning this team’s overall talent, but an improved commitment to defense and a big season from Quinerly will be needed if the Crimson Tide are going to challenge the SEC’s top tier teams in 20-21.

Missouri. The Tigers return 85.9 percent of their scoring from last year’s team that went 15-16, but that record is a bit deceiving because multiple key players dealt with injuries. Jeremiah Tilmon missed 14 games a year ago due to injury while Mark Smith missed seven; both are back and potential All-SEC players in 20-21. In addition to Tilmon and Mark Smith, Missouri will also welcome back another pair of double-figure scorers Dru Smith and Xavier Pinson. Don’t be shocked if this is Cuonzo Martin’s best team yet in Columbia.

SEC Preseason Player of the Year