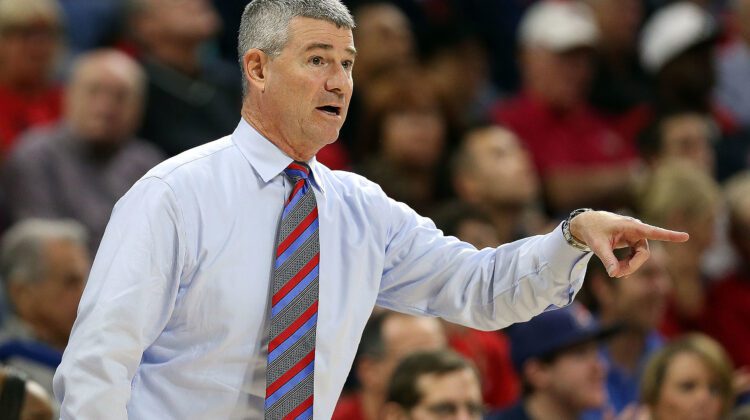 1. Auburn: A few possessions away from being undefeated.

3. Arizona: On track for a number one seed.

4. Baylor: LJ Cryer may be the least appreciated player in the country.

5. UCLA: A massive showdown awaits on Tuesday against Arizona.

6. Kansas: Ochai Agbaji had 29 on 18 shots against Kansas State.

9. Duke: Made 14 three-point shots in Saturday’s win against Syracuse.

11. Houston: Kelvin Sampson is a National Coach of the Year candidate.

13. Kentucky: A force when fully healthy.

16. USC: Swept Colorado and Utah on the road.

17. Providence: Off to its best start ever under Ed Cooley.

21. Xavier: Has to hold serve on Wednesday against Providence.

23. Illinois: Two of its five losses have come without Kofi Cockburn.

26. Tennessee: Held its two opponents last week to an average of 55 points.

27. Texas: Chris Beard is eight days away from returning to Lubbock.

29. Colorado State: Chandler Jacobs could be a factor in February and March.

30. BYU: Won three straight since losing by 26 at Gonzaga.

31. Saint Mary’s: Had 21 assists in Saturday’s win at Loyola Marymount.

32. Creighton: Probably a year ahead of schedule.

33. Florida State: The hottest team in the ACC.

36. Loyola Chicago: Still in good shape for an at-large despite Saturday’s loss to Missouri State.

37. Miami: Lost two games to Florida State by a total of two points.

38. Davidson: Owns the longest winning streak in college basketball at 15.

41. Iowa: Winning the games that it’s supposed to win.

42. Boise State: 12-1 with Tyson Degenhart in the starting lineup.

43. Iona: Won five straight, but dropping in the NET.