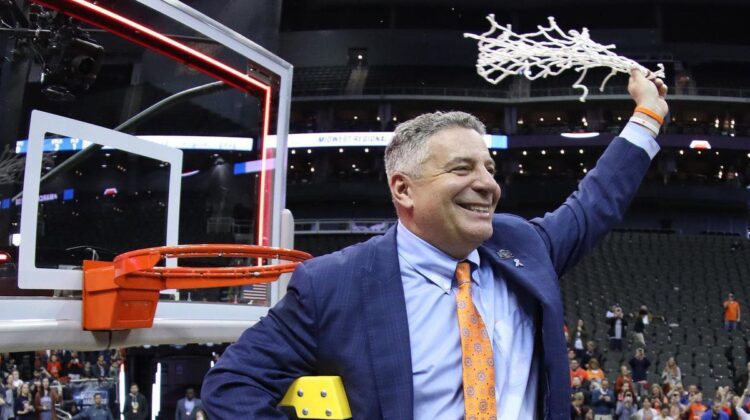 2. UCLA: A different team with Cody Riley back in the lineup.

5. Michigan State: Gabe Brown is having a senior year to remember.

6. Duke: Had 17 turnovers in Saturday’s loss against Miami.

8. Arizona: 28 assists on 33 made field goals last week against Washington.

9. USC: Will play three games this week in five days.

10. Kansas: Got minimal production up front in Saturday’s loss at Texas Tech.

14. Ohio State: America is running out of adjectives for E.J. Liddell.

15. Iowa State: Will play Kansas, Texas, and Texas Tech in its next three games.

16. Seton Hall: Saturday’s OT win over UConn was a classic.

17. Xavier: Wednesday’s game against Villanova will be electric.

18. LSU: Tari Eason is the best player that not enough people are talking about.

21. Kentucky: TyTy Washington had 17 assists in Saturday’s win over Georgia.

22. Texas: Only scored 51 points in Saturday’s loss at Oklahoma State.

24. Illinois: Kofi Cockburn is playing like the National Player of the Year.

25. Miami: Jim Larranaga is 7-7 against Duke since he arrived in Coral Gables.

27. UConn: Four losses have come by a combined 14 points.

28. San Diego State: Made a statement on Saturday against Colorado State.

29. West Virginia: Sean McNeil is 10-12 from three-point range in his last three games.

31. Loyola Chicago: Most of its rotation is eligible for Social Security.

32. Creighton: Alex O’Connell is quietly playing the best basketball of his career.

33. North Carolina: Armando Bacot is playing like a man possessed.

34. Oklahoma: Have enough to earn an at-large bid on Selection Sunday.

35. BYU: A massive week looms with games at Gonzaga and San Francisco.

36. Florida: Gave up an average of 84 points in losses to Alabama and Auburn.

37. Indiana: Got a nice boost from Rob Phinsee on Sunday against Minnesota.

39. Iona: Lost a heartbreaker on Saturday at Saint Louis.

40. Iowa: Hasn’t really helped or hurt itself yet.

42. Davidson: Shooting 41.4 percent from three-point range as a team.

44. Wake Forest: Alondes Williams is officially in the All-American conversation.

45. Marquette: Buy stock in both Kam Jones and Tyler Kolek.