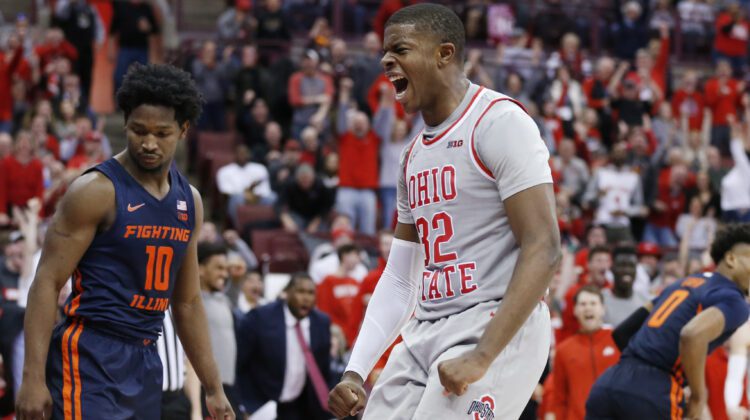 2. Duke: Wendell Moore is playing like an ACC Player of the Year candidate.

5. Gonzaga: Currently on a COVID pause.

7. Michigan State: Gabe Brown is having a senior year to remember.

10. USC: Expected to return to game action on Thursday at Cal.

11. Iowa State: Shot 1-14 from three-point range against Baylor and only lost by five.

16. Kentucky: America is running out of adjectives for Oscar Tshiebwe.

17. Texas: Will next play back-to-back road games at Kansas State and Oklahoma State.

18. Providence: This is Ed Cooley’s best team since he had Kris Dunn and Ben Bentil.

21. UConn: Currently on a COVID pause.

22. Colorado State: Three of its top four scorers are shooting 46.9 percent or better from three-point range.

23. Seton Hall: Can win the Big East regular season title if it gets healthy.

25. LSU: Had four assists and 17 turnovers in last week’s loss at Auburn.

26. Illinois: Will return to action on Tuesday at Minnesota.

28. Creighton: Ryan Hawkins is averaging 14.3 points and 11 rebounds in his last three games.

30. Oklahoma: 11-4 over the past two seasons when Elijah Harkless scores in double figures.

31. Florida: Currently on a COVID pause.

32. West Virginia: Didn’t have three of its top 10 scorers in Saturday’s loss at Texas.

33. Minnesota: Ben Johnson is the early breakout star in the Big Ten.

34. Iona: Survived a scare from Marist on Sunday.

36. Loyola Chicago: Haven’t played since Dec.10th due to COVID.

37. San Diego State: Eight of its first 12 opponents have scored 60 points or less.