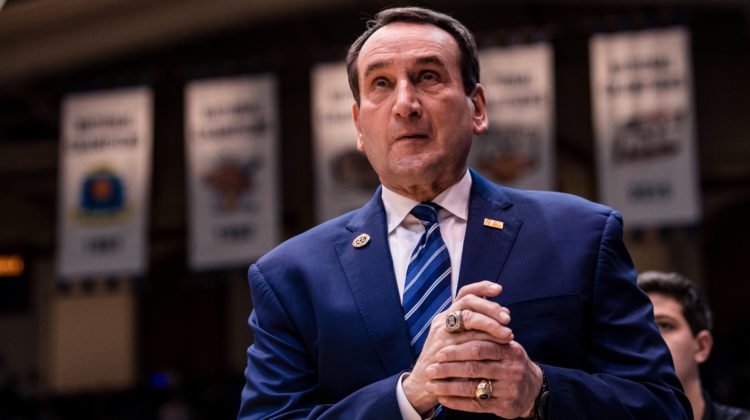 1. Duke: Friday’s win over Gonzaga was a classic.

2. Purdue: Zach Edey is shooting 75 percent from the field.

3. Baylor: Made a statement at the Battle 4 Atlantis.

4. Gonzaga: Shot 53.1 percent from the field against Duke and lost.

5. UCLA: 18-3 over the past two seasons when Jules Bernard scores in double figures.

8. Arkansas: Won’t play a game away from Fayetteville under Dec. 11th against Oklahoma.

11. Arizona: Had 31 assists as a team on Saturday against Sacramento State.

12. Kansas: Can’t win the Big 12 with David McCormack playing like this.

13. Florida: Have won five of its six games by double figures.

14. Michigan State: Gabe Brown has emerged as a go-to guy.

18. Tennessee: Kennedy Chandler is one of the best freshmen in the country.

21. Iowa State: Nobody is doing a better coaching job than T.J. Otzelberger.

23. St. Bonaventure: Saturday’s loss to Northern Iowa was a wake up call.

27. Seton Hall: Should be 7-1 entering next week’s showdown with Texas.

28. Florida State: Will take a four-game winning streak into Purdue on Tuesday.

29. Marquette: Justin Lewis has quietly made a massive jump.

31. Louisville: Chris Mack is back from suspension.

32. Colorado State: The class of the Mountain West.

34. Texas Tech: Wednesday’s trip to Providence is a litmus test.

35. Virginia Tech: Storm Murphy is just 2-13 from the field in his last two games.

37. Michigan: Need more out of DeVante’ Jones at point guard.

38. West Virginia: Taz Sherman is quietly playing like an All-American.

40. Illinois: Alfonso Plummer is 13-20 from three-point range in his last two games.

45. Iona: Made a national statement by beating Alabama in Orlando.