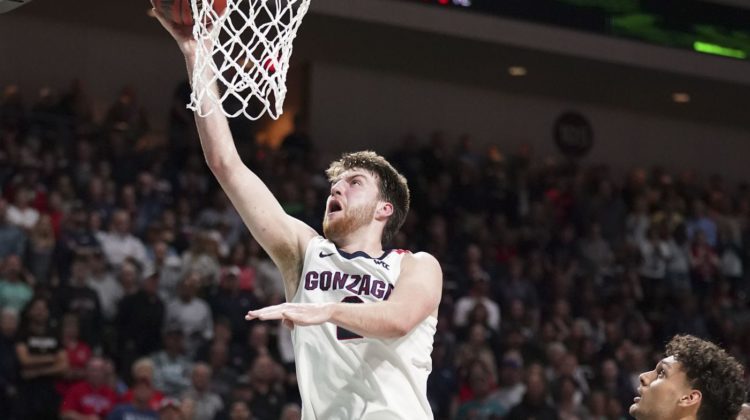 1. Gonzaga: Drew Timme had a performance for the ages against Texas.

3. Kansas: Ochai Agbaji is playing the best basketball of his career.

4. Villanova: Still as consistent as any program in the sport.

7. Michigan: Terrance Williams is primed for a breakout year.

8. Texas: Role allocation is a work in progress.

9. Illinois: Will have one more game before Kofi Cockburn returns from suspension.

13. Auburn: Will be without Allen Flanigan until at least December.

15. Houston: Marcus Sasser is the Cougars’ next great guard.

16. Arkansas: JD Notae may lead this team in scoring.

20. Ohio State: Zed Key is breaking out as a sophomore.

21. Tennessee: Will next play Villanova on Saturday at Mohegan Sun.

23. St. Bonaventure: This week’s MTE in Charleston is critical.

25. LSU: Monday’s game against Liberty will be like going to the dentist.

26. Florida State: Got out toughed on Sunday against Florida.

29. Michigan State: Will play Butler at Hinkle Fieldhouse this week as part of the Gavitt Games.

30. USC: More balanced than past years.

31. Syracuse: Shooting 50 percent from three-point range as a team.

33. Oklahoma State: Friday night’s loss to Oakland was a surprise.

34. Loyola Chicago: One of the oldest teams in college baskeball.

36. Virginia: Losing to Navy at home is a generational upset.

38. Rutgers: Only scored 48 points against Lehigh.

39. St. John’s: Can make a statement this week at Indiana.

40. Xavier: Shooting just 25 percent from three-point range as a team.

42. Colorado State: Could be the best team in the Mountain West.

43. Wichita State: Both wins last week did not come easy.

44. Notre Dame: Freshman guard Blake Wesley had 21 points in 24 minutes in the opener.

45. BYU: Alex Barcello is a dark horse candidate to be an All-American.