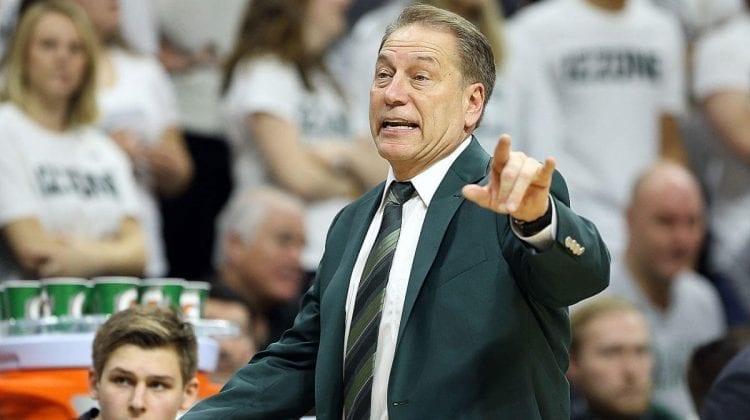 What will be the best league in college basketball next season?

THE SKINNY: 10 Big Ten teams would have played in the NCAA Tournament last March had it not been cancelled due to COVID-19. Could 11 or 12 make the field in 2021? Don’t rule it out of the realm of possibility. The bottom of the league (Nebraska, Northwestern) should be vastly improved and while Maryland, Minnesota, and Penn State aren’t currently ranked in the ROTHSTEIN 45, all three are certainly more than capable.

THE SKINNY: The Big 12 has four teams ranked in the Top 19 of the ROTHSTEIN 45 and five ranked in the Top 25. The team that is projected sixth — Oklahoma — would have played in its seventh NCAA Tournament in eight seasons last March had it not been cancelled. And the team that is projected seventh — Oklahoma State — features the likely top overall pick in the 2021 NBA Draft in freshman Cade Cunningham. The three teams that are projected to be picked at the bottom of the Big 12 — TCU, Iowa State, and Kansas State — feature three coaches that have been to the Sweet 16 in their career and one — Bruce Weber — that has been to a national title game.

THE SKINNY: Top heavy would have been the best way to describe the ACC last season as only four or five teams likely would have played in the NCAA Tournament. Expect balance and depth to return in 20-21. In addition to the eight teams listed above, Clemson, NC State, and Notre Dame will all begin practice on Oct. 14th with a realistic chance of hearing their name called on Selection Sunday.

THE SKINNY: The Big East has flourished since realignment, but the addition of UConn will take its presence to a different level nationally. While Villanova, Creighton, and Seton Hall all separated from the pack last season, this year’s rendition of the Big East may have more depth towards the bottom of the league. The Wildcats are currently ranked first in the ROTHSTEIN 45 while the Bluejays are 10th.

THE SKINNY: Improved depth should be the theme in next year’s SEC. While it remains to be seen how many teams from this league have the chops to eventually make a deep run in the NCAA Tournament, the conference does look legitimately deeper than it was last season. In addition to the teams listed above, Alabama, Missouri, Auburn, Ole Miss, Texas A&M, and Mississippi State figure to be competitive with just about anyone that they’ll face in 20-21. The SEC would have likely only had four teams — Kentucky, Auburn LSU and Florida — in last year’s NCAA Tournament.

THE SKINNY: Don’t be shocked if the Pac-12 winds up having more than five teams in the NCAA Tournament next March. In addition to the programs listed above, both Colorado and USC have the requisites to hear their names called on Selection Sunday while Utah and Washington each possess legitimate sleeper potential. Next season should be the deepest this conference has been since it sent a league-record seven teams to the field of 68 in 2016.

THE SKINNY: Memphis’ late additions of freshman big man Moussa Cisse and Virginia Tech transfer Landers Nolley — who was granted an immediate eligibility waiver from the NCAA — raised both this league’s ceiling and overall national profile. In addition to Memphis, the American Athletic Conference has a potential Sweet 16 team in Houston and a rock solid veteran squad at SMU. Cincinnati and South Florida also figure to be in the NCAA Tournament picture. As usual, winning early season games against power conference competition will ultimately determine this league’s perception nationally.

THE SKINNY: On paper, the Atlantic 10 appears to be as deep as it’s been in years. What will that mean next March on Selection Sunday? TBD. Like most non power conferences, this league needs quality non-conference games to move the needle. Remember: the Atlantic 10 had five or more teams with 21 or more wins last March prior to the Atlantic 10 Tournament and only one — Dayton — was a lock for the NCAA Tournament.

TEAMS RANKED IN THE ROTHSTEIN 45: 1 (Gonzaga)

TEAMS RANKED IN THE ROTHSTEIN 45: 0

THE SKINNY: San Diego State’s magical season combined with Utah State’s brilliance in the Mountain West Conference Tournament allowed this league to again be in position to be a multi bid conference. Can that happen again in 2021? It all comes down to one thing: how successful Mountain West teams are in the limited non-conference games that they play against power conference competition.