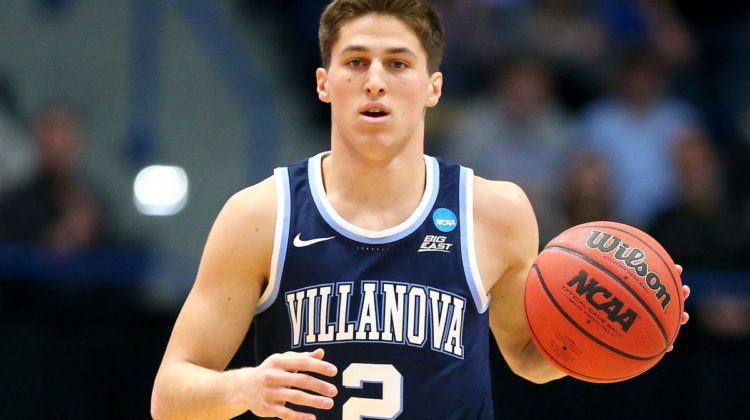 Six weeks from Tuesday there will be college basketball!

Check out below for our list of preseason All-Americans for the 21-22 season:

Collin Gillespie, Villanova: There may be better long-term point guard prospects in college basketball, but nobody wins like Gillespie. A knee injury cut his season short a year ago, but he’s back for a fifth tour of duty as he’ll lead a Villanova team that’s again capable of winning a national title. The Wildcats are a combined 104-28 during Gillespie’s career, with a 51-18 mark in Big East play.

Johnny Juzang, UCLA: What can Juzang do for an encore? Lead UCLA to back-to-back Final Fours for the first time since the mid 2000s. The Bruins’ NCAA Tournament star averaged 22.8 points during March Madness and had 28 of UCLA’s 51 points in an Elite Eight win over Michigan. Juzang shot 50.9 percent from the field and 37.5 percent from three-point range in six NCAA Tournament games last spring.

Drew Timme, Gonzaga: The early favorite for National Player of the Year has an effortless offensive game which translates each and every time he steps on the floor. Timme had 16 games last season where he shot over 70 percent from the field, including four in the NCAA Tournament. 6-10 and skilled, Timme averaged 19 points and seven rebounds as a sophomore.

Hunter Dickinson, Michigan: At 7-1 and 255 pounds, Dickinson immediately stabilized Michigan’s interior defense as a freshman. As a sophomore, he’ll be expected to be one of the best players in the country. Don’t bet against him. Dickinson is a stud who averaged 14.1 points, 7.4 rebounds, and 1.4 blocks last season during his first year of college basketball.

Kofi Cockburn, Illinois: Cockburn flirted with both the NBA Draft and the transfer portal before opting to head back to Champaign for his junior season. It says here that he’ll have more than a legitimate chance of averaging 20 points and 10 rebounds in 21-22. The 7-foot, 285 pound Cockburn averaged 17.7 points and 9.5 rebounds as a sophomore.

Max Abmas, Oral Roberts: The nation’s top scorer from a year ago averaged 26.7 points during last March’s NCAA Tournament and nearly willed the Golden Eagles all the way to the Elite Eight before falling to Arkansas in the Sweet 16. Abmas doesn’t have great size at 6-1, but he never seems out of rhythm offensively. He had seven games last season where he scored 30 or more points and two where he topped 40.

Buddy Boeheim, Syracuse: Boeheim’s postseason accomplishments weren’t as pronounced as Johnny Juzang’s were for UCLA, but that doesn’t mean that he didn’t take his game to another level during the most important part of the schedule. The 6-6 wing averaged 25 points in five postseason games, shooting an impressive 53.8 percent from the field and 48 percent from three-point range. His ascension was one of the primary reasons why Syracuse enjoyed a surprise run to the Sweet 16 last March after earning an 11 seed on Selection Sunday.

Paolo Banchero, Duke: The addition of this five-star freshman is a major reason why Mike Krzyzewski’s final season at Duke could be a special one. There’s not many things that this 6-10 forward can’t do, which is why he’s expected to be one of the top picks in the 2022 NBA Draft. Banchero will instantly be appointment TV in 21-22.

Trayce Jackson-Davis, Indiana: Jackson-Davis has never played in the NCAA Tournament during his college career, but that doesn’t mean that he hasn’t been one of the best players in the Big Ten over the past two seasons. Long and active at 6-9, Jackson-Davis averaged 19.1 points and nine rebounds a year ago as a sophomore while shooting 51.7 percent from the field. Look for his offensive arsenal and face up game to evolve under first-year coach Mike Woodson.

Chet Holmgren, Gonzaga: The 7-1 Holmgren is one of the more unique prospects that college basketball has seen in quite some time. That’s why he’s currently projected as a primary candidate to be the top overall pick in the 2022 NBA Draft. Capable of extending the defense from three-point range on one side of the floor and protecting the rim on the other, Holmgren has the uncanny ability to affect all aspects of the box score. And his motor? It NEVER shuts off.

Andre Curbelo, Illinois: A special type of point guard, Curbelo reiterates on nearly every play why Brad Underwood consistently refers to him as an “alpha”. He’ll now augment that label to a different level as he takes the baton from Ayo Dosunmu in Champaign. Curbelo averaged 9.1 points, 4.2 rebounds, and four assists last season as a freshman. As a sophomore, he’ll orchestrate everything for Illinois at point guard. Expect a major spike in his numbers in 21-22.

Julian Champagnie, St. John’s: Champagnie’s decision to return to school for his junior season should give St. John’s a chance to advance in the NCAA Tournament for the first time since 2000. The 6-8 forward is super skilled and continues to improve as a rebounder. Champagnie averaged 19.8 points and 7.4 rebounds last season as a sophomore while shooting 38 percent from three-point range.

Jaime Jaquez, UCLA: Basketball players at every level should regularly watch film of the 6-7 Jaquez, who does nearly everything right on every single play. After filling the mortar in between the bricks during UCLA’s surprise Final Four run last spring, he’s now ready to be recognized as one of the best players in the sport. Jaquez averaged 15 points, 6.3 rebounds, three assists, and 1.5 steals during last season’s NCAA Tournament.

E.J. Liddell, Ohio State: Duane Washington Jr.’s decision to play professionally means that Chris Holtmann is going to feed Liddell this season until he burps. That should be just fine with Ohio State fans. The 6-7 Liddell was Ohio State’s best player in its NCAA Tournament loss to Oral Roberts, tallying 23 points and 14 rebounds. He had six games last season with at least 20 points and seven rebounds en route to averages of 16.2 points and 6.7 rebounds as a sophomore.

Trevion Williams, Purdue: Don’t let Williams’ 6-10, 265 pound frame fool you. This kid is much more than just a bruiser. An effective high post player and underrated passer, Williams can carve up a defense in addition to using his brute strength to create space. He had 11 double-doubles last season and averaged an impressive 20 points and 13.5 rebounds in two postseason games.