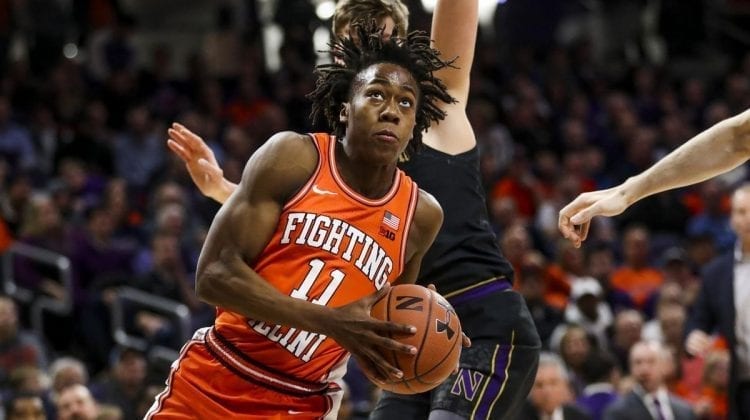 Check below for our list of preseason All-American teams for the 20-21 college basketball season.

Jared Butler, Baylor: Butler was the best guard on a Baylor team that went 26-4 last season and would have been a number one seed in the NCAA Tournament. After averaging 16 points, 3.2 rebounds, and 3.1 assists as a sophomore, this 6-2 guard is ready to take another step as a junior.

Remy Martin, Arizona State: Martin played as well as any guard in the Pac-12 over the final month of last season, but rarely got the attention he deserved from a national perspective. That will soon change. The 6-foot senior will be the focal point for Bobby Hurley’s squad in 20-21 as he looks to lead Arizona State to a Pac-12 regular season title and a deep run in the NCAA Tournament.

Ayo Dosunmu, Illinois: Dosunmu shocked everyone when he opted to return to Champaign for his junior season. There’s not a more complete guard in the sport. Armed with good size at 6-5, Dosunmu averaged 16.6 points, 4.3 rebounds, and 3.3 assists last year as a sophomore while shooting 48.4 percent from the field. If there was an NCAA Tournament played last March, Dosunmu was set to be one of the event’s breakout stars.

Cade Cunningham, Oklahoma State: How talented is Cunningham? Talented enough to be the top overall pick in the 2020 NBA Draft if he was eligible to be selected. Look for this 6-7 point guard to form one of college basketball’s most electrifying back courts with Isaac Likekele.

Luka Garza, Iowa: What can Garza do for an encore? Take Iowa to the Final Four for the first time since 1980. The 6-11 big man averaged 23.9 points and 9.8 rebounds last season in a league that was loaded with quality big men. He’s already cemented to go down as one of the best players in the history of the Hawkeyes’ program.

Marcus Zegarowski, Creighton: Creighton’s 7-1 close to last year helped the Jays win a share of the Big East regular season title; that run was directly related to Zegarowski’s greatness. The crafty point guard averaged 17.8 points, 4.8 assists, and 4.8 rebounds during that span and should continue to blossom as one of the best players in the country in 20-21.

Collin Gillespie, Villanova: Many wondered a few years ago how Villanova would replace Jalen Brunson at point guard. Jay Wright was quietly confident because of Gillespie. It’s hard to argue with the results. The 6-3 guard is solid in every aspect of his game and reiterates how important “fit” is in recruiting versus “upside” and “ranking”. It wasn’t long ago that many wondered if Gillespie could play Division 1 basketball. Now he’s got a legitimate shot to be the best player in the Big East as a senior.

Sam Hauser, Virginia: Hauser hasn’t played a game yet for Virginia, but he seems like a perfect remedy for a team that had major issues at the offensive end of the floor last season. A 6-8 forward, he averaged 14.9 points and made 88 three-point shots two years ago at Marquette. Hauser has never shot less than 40 percent from long distance during the first three years of his college career.

Trendon Watford, LSU: After averaging 13.6 points and 7.2 rebounds as a freshman, the 6-9 Watford has a more than realistic chance to be the SEC Player of the Year as a sophomore. If he can increase his three-point percentage, which was just 26.9 percent last season, he’ll be one of the toughest players to defend in all of college basketball.

Jeremiah Robinson-Earl, Villanova: Tallying nine double-doubles as a freshman is just a taste of what Robinson-Earl is set to do as a sophomore. Skilled and cerebral, this 6-9 forward approaches every day like he’s a professional and is on track to be the best big man in the Big East during the upcoming season.

Scottie Barnes, Florida State: Super skilled at 6-9, Barnes has a chance to be one of the best freshmen that’s ever played for Leonard Hamilton. Florida State will miss Trent Forrest, Devin Vassell, and Patrick Williams, but the addition of Barnes will help keep the Seminoles at the top of the ACC.

Corey Kispert, Gonzaga: Epitomizing efficiency, Kispert shot 47.4 percent from the field last season while shooting 43.8 percent from three-point range. The 6-7 wing also knocked down 78 three-point shots. There’s many reasons why Gonzaga is expected to compete for a national title in 2021, with Kispert cemented as the Bulldogs’ most known commodity.

Chris Smith, UCLA: Mick Cronin’s squad will go 10-deep in Westwood, with Smith set to be the Bruins’ go-to scorer. The 6-9 wing wisely decided to return to school for his senior season and should help UCLA compete for both a Pac-12 regular season title and a high seed in the 2021 NCAA Tournament.

Trayce Jackson-Davis, Indiana: Jackson-Davis is good at what he knows and knows what he’s good at. In a day and age where big men want to show how skilled they are, the 6-8 forward didn’t attempt a single three-point shot last season as a freshman. After tallying averages of 13.5 points and 8.4 rebounds in his first year of college basketball, expect Jackson-Davis to emerge as a legitimate Big Ten Player of the Year candidate as a sophomore.

Evan Mobley, USC: How will the Trojans replace Onyeka Okongwu? This guy. The 7-foot Mobley has a different type of game than his predecessor in the pivot, but will still make a massive impact. Mobley was widely considered as the top front court prospect in the 2020 class by most recruiting services.