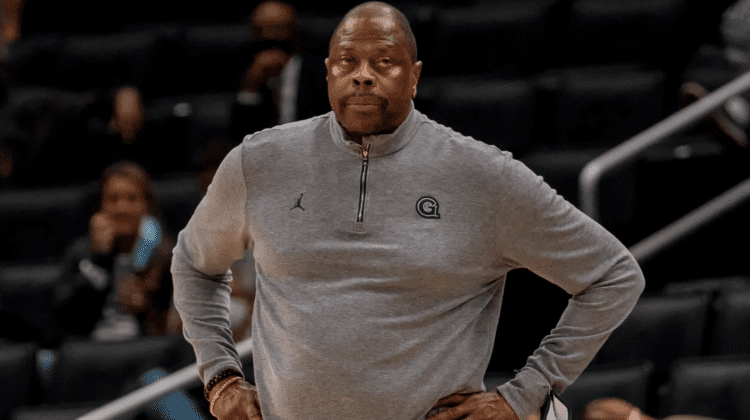 GEORGETOWN — Patrick Ewing refuses to put a specific label on what Georgetown’s improvement will be during the upcoming season.

He does know though, that the Hoyas will be vastly better than they were a year ago when they finished 6-25, including an 0-19 mark in Big East play.

“I’m never going to put a number on it,” Ewing said Tuesday on Georgetown’s campus when he was asked what would signal tangible improvement during the upcoming season. “But we have more talent than we had last year.”

Georgetown is still awaiting word from the NCAA on whether or not the 6-3 Heath — who averaged 10.6 points last season — will be eligible in 2022-23 since he’s a two-time transfer. Heath started his college career at Boston College.

The Hoyas also bring back junior point guard Dante Harris (11.9 points, 4.1 assists) as their only returning double figure scorer. Harris and the 6-11 Wahab were starters two years ago when Georgetown won the Big East Tournament and made the NCAA Tournament prior to Wahab’s decision to transfer to Maryland then transfer back.

When asked where this group could finish in the Big East if everyone was healthy and fully eligible, Ewing did not hesitate.

“I expect us to be right in the mix with everybody,” Ewing said. “Last year was the worst season of my career. Everyone here knows that nothing like that can ever happen again.”

It’s hard to fathom something like that happening again for Georgetown this season, especially with this program’s improved talent base. Wahab gives the Hoyas a proven option in the post while Murray averaged 10 points last season on a team that made the NCAA Tournament. The 6-10 Akok meanwhile, is a former Top-40 recruit who’s battled numerous injuries and according to Ewing, is finally fully cleared for all basketball related activities. Ewing also believes that Spears — who averaged 12.7 points and three assists last season at Duquesne — is going to push Harris for the starting point guard spot.

“Those two guys are going to duke it out for the starting spot,” Ewing said of Spears and Harris. “I’m excited too to finally work with Akok, who we recruited out of high school. With Qudus (Wahab), we have a guy who we can throw the ball to on the block. He had two really good years for us here. Again, I’m not going to put a number on anything, but when it’s all said and done, I think Hoya Nation will be happy with what the result is.”