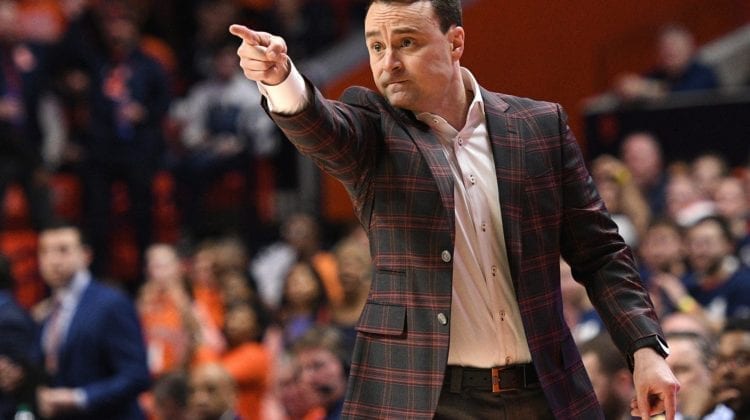 This officially makes the Hoosiers a contender in the Big Ten entering next season.

Indiana did suffer a blow this week when veteran forward Justin Smith opted to graduate and transfer, but Archie Miller still has the pieces in place to have his best season yet in Bloomington.

A big reason for that is the addition of Lander, a five-star prospect who opted to reclassify and join the Hoosiers’ 2020 recruiting class.

The 6-1 guard should form a dynamic back court with reliable floor general Rob Phinisee next season while Trayce Jackson-Davis should be an All-Big Ten first-team caliber player as a sophomore. The 6-9 lefty averaged 13.5 points and 8.4 rebounds last season as a freshman while shooting an impressive 56.5 percent from the field.

How will Miller replace Smith?

A combination of more skilled players, headlined by veteran Al Durham (9.8 points in 19-20), who could join Lander and Phinisee regularly in a three-guard alignment on the perimeter. Jerome Hunter and freshmen Jordan Geronimo, Anthony Leal, and Trey Galloway also figure to be in the mix for minutes on the wing.

To win conference titles and go deep into the NCAA Tournament, most college basketball teams need players who have the ability, skill, and athleticism to play beyond the collegiate level.

The Hoosiers now have two of those players in Lander and Jackson-Davis.

Indiana has all the requisites to be a top tier team in the Big Ten next season and is currently ranked 19th in the ROTHSTEIN 45.

Fatts Russell is a potential All-American next season

Rhode Island’s star guard publicly announced last week that he’ll be returning to Kingston for his senior year after going through the NBA Draft process as an early entrant.

“There’s still things I need to tighten up,” Russell said last week. “I’ve got to work on my court vision and I’ve got to be more of a leader next season.”

In order to have a long standing professional career beyond college, Russell needs to prove he can run a team at an elite level and he should get that opportunity next season now that Jeff Dowtin is no longer a part of Rhode Island’s program. Russell tallied 138 total assists last year to just 66 turnovers, giving him an assist to turnover ratio of better than two to one.

There’s several talented players set to return in the Atlantic 10 next season, but none are a bigger two-way threat than Russell.

Now set to take on an augmented role as a senior, Russell should be one of the best perimeter players in college basketball next season.

Texas Tech will again have to recalibrate its personnel

This is nothing new for Chris Beard, who is more comfortable than just about any coach in the sport with a revolving roster.

Davide Moretti’s decision to forego his final season of eligibility in order to play professionally in Italy means that the Red Raiders are likely to enter next season without its top two scorers from last year’s team that won 18 games. Jahmi’us Ramsey led Texas Tech in scoring in 19-20 and is expected to remain in the 2020 NBA Draft after declaring as an early entrant.

Kyler Edwards and Terrance Shannon Jr. are the only returning players in Texas Tech’s program who averaged more than 20 minutes last season with burgeoning wing Kevin McCullar also set to take on a bigger role after a strong finish. McCullar reached double-figures in three of the Red Raiders’ final four games of last season.

The Red Raiders are currently ranked 23rd in the ROTHSTEIN 45 and will be picked in the middle of the Big 12’s preseason poll behind Baylor, Kansas, Texas, and West Virginia.

– The Atlantic 10 is not expected to move forward with a 20-game conference schedule, according to multiple sources. The league discussed the topic last week at its league meetings. The Atlantic 10 switched from 16 to 18 conference games prior to the start of the 2014-15 season.

– Seton Hall and Rhode Island will start a home-and-home series on Dec. 1st in Kingston, according to a source. There will be a return game in Newark during the 2021-22 season.

– Eddie Sutton won over 800 games during his career, advanced to the Final Four on three separate occasions, and changed thousands of lives along the way. He died this past weekend at the age of 84. Gone, but never forgotten.

– Prayers go out to Georgetown’s Patrick Ewing, who announced on Friday that he’s been hospitalized with coronavirus.