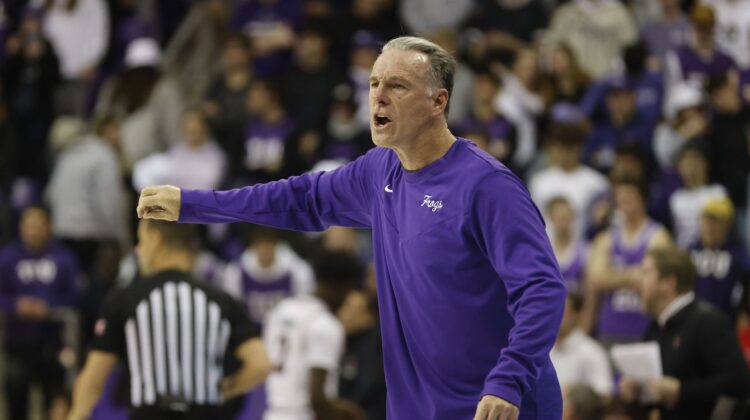 TCU’s Jamie Dixon thinks that the Big 12 should consider staying with its round robin scheduling format when the conference moves to 12 teams following Texas and Oklahoma’s departure for the SEC.

The Longhorns and Sooners are currently slated to depart the Big 12 and join the SEC for the 25-26 season while Cincinnati, Houston, and UCF are all set to join the conference for the 23-24 season.

“I struggle with the concept of losing the round robin — it’s what makes our league great,” Dixon said this week on the College Hoops Today Podcast. “I’ve even mentioned — and I know every other coach would look at me like I’m crazy — playing a round robin with 12 teams and playing 22 league games. Now we probably couldn’t do the challenges (Big 12/SEC, Big East-Big 12 Battle) and it would be a coaching nightmare, but I’ve been in the toughest league in the country every year of my career. We’ll take it on. The round robin is special. We’ll lose something if we give that up.”

The Big 12 plans to stay with an 18-game, unbalanced schedule moving forward, including the two seasons (23-24, 24-25) when Texas and Oklahoma remain in the conference along with Cincinnati, Houston, and UCF. During those two years, the Big 12 would have 14 teams and not 12, meaning there would be even fewer mirror opponents.

“I hate the unbalanced schedule,” Dixon added. “I’ve seen what can happen, especially in the ACC and the Big East. It crowned winners that weren’t the best teams. The schedule was too important. I thought it was a cause for not having your best team win the league.”

Prior to his arrival at TCU in 2016, Dixon was the head coach at Pitt for 13 seasons and led the Panthers to 11 NCAA Tournament appearances in both the Big East and the ACC.

TCU is currently ranked 10th in the ROTHSTEIN 45.