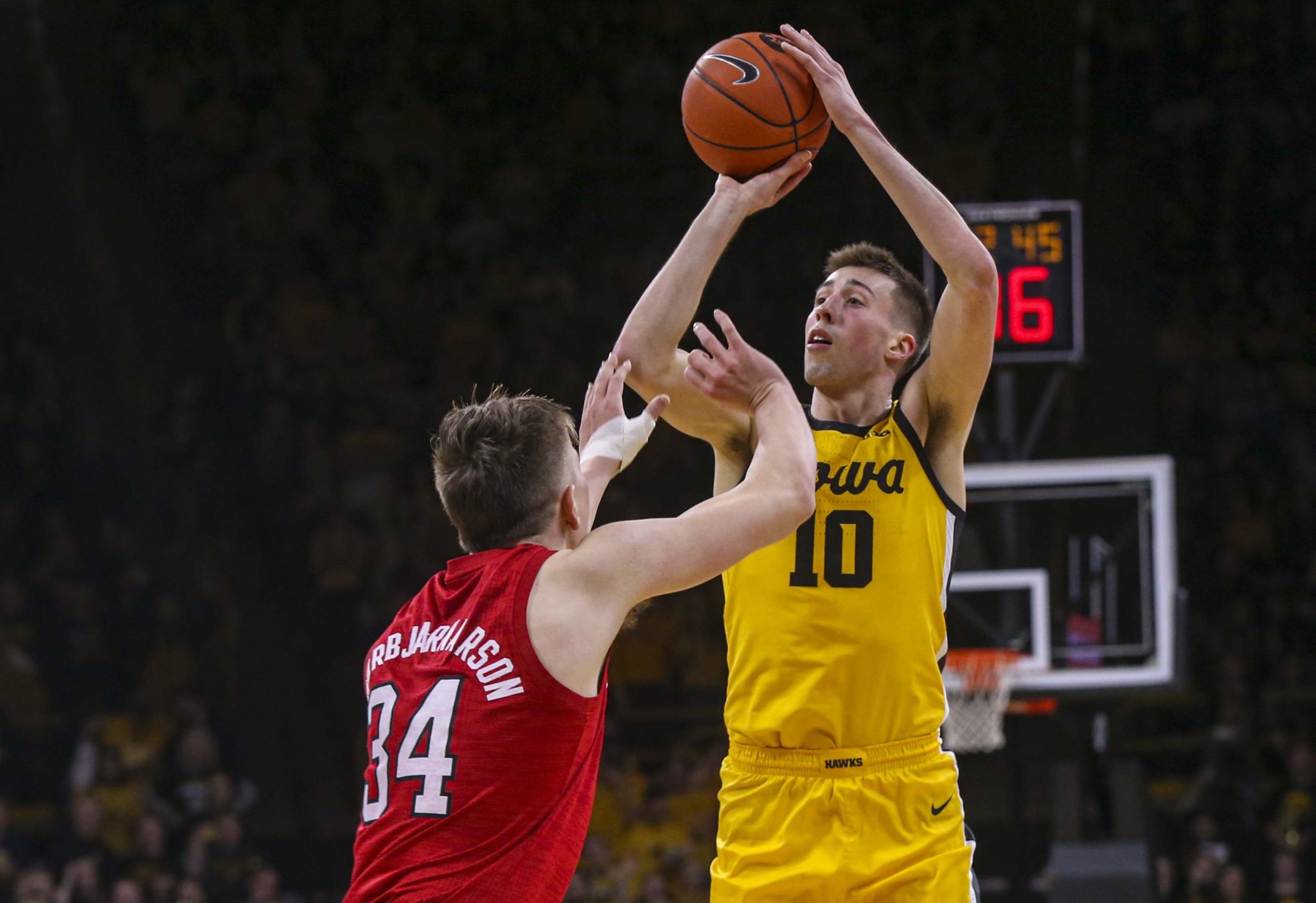 Iowa’s Joe Wieskamp is staying in the 2021 NBA Draft, he told College Hoops Today on Friday.

The 6-6 wing averaged 14.8 points and 6.6 rebounds last season while shooting an impressive 49.1 percent from the field and 46.2 percent from three-point range.

While he originally wasn’t projected as a first or second round pick, Wieskamp played exceptionally well in last week’s NBA Draft Combine in Chicago.

Iowa finished 22-9 last season and lost in the Round of 32 to Oregon.