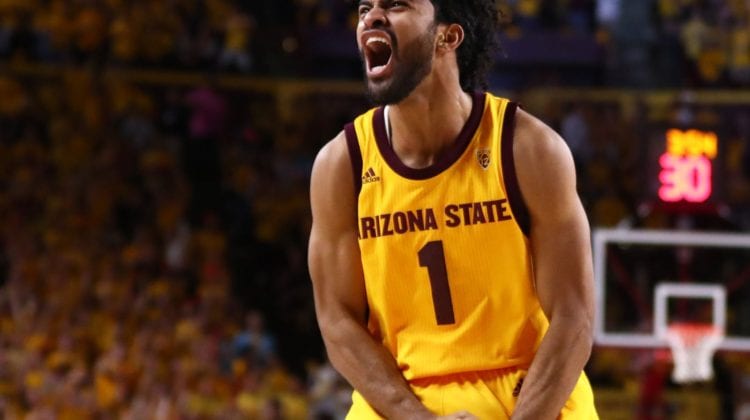 The 6-foot guard will also still go through the 2021 NBA Draft process.

“I just want to be able to play for a historic program,” Martin said. “I’m very excited to play for Coach Self and get my master’s degree. I’m hoping to interact with the fans and play in such a historic place like Phog Allen Fieldhouse.”

A two-time first-team All-Pac-12 selection, Martin averaged 19.1 points in each of the past two seasons and is one of the more accomplished players in the history of the Sun Devils’ program.

Martin was a part of two teams at Arizona State that reached the NCAA Tournament and would have been a part of a third if the event wasn’t cancelled in 2020 due to COVID.

As Kansas waits on the official status of both Ochai Agbaji and Jalen Wilson — who are both going through the NBA Draft process — for next season, the potential addition of Martin combined with the returns of both David McCormack and Christian Braun makes the Jayhawks the early favorite in the Big 12 entering 21-22. Kansas has also added Drake transfer Joseph Yesufu, a 6-foot guard who averaged 23.5 points in two NCAA Tournament games in March.

“I can’t to play with those guys,” Martin said. “They have a history of playing deep in the tournament. I’m excited to see what we can do.”

The Jayhawks are now currently fourth in the ROTHSTEIN 45.