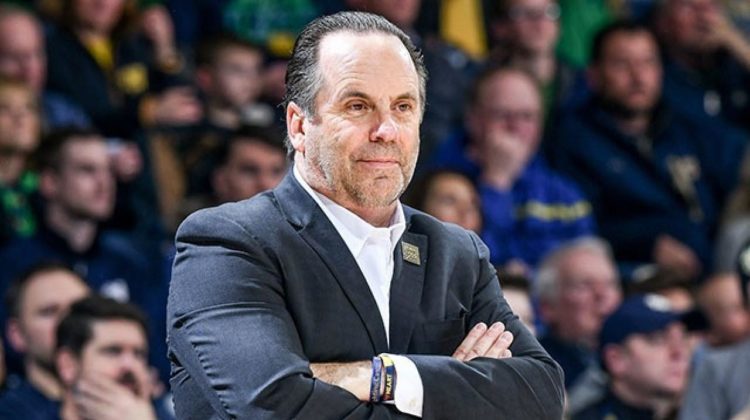 Check below for our list of 5 teams that should be vastly improved during the 21-22 college basketball season.

Notre Dame: Mike Brey has always preferred to have older teams during his tenure in South Bend and there won’t be many squads in college basketball older than the Irish this season. Notre Dame’s top five returning players — Prentiss Hubb, Dane Goodwin, Cormac Ryan, Trey Wertz, and Nate Laszewski — are all seniors while Yale transfer Paul Atkinson — a likely starter at center — is a graduate student. After finishing 11-15 overall and 7-11 in ACC play a year ago, the Irish look like they have the requisites to be a 20-win team in 21-22. Notre Dame has not made the NCAA Tournament since 2017.

Butler: Can a team that finished 10-15 one season flirt with an NCAA Tournament bid the next? Absolutely. Butler made major strides during the final month of last season, as evidenced by its home win over Villanova and overtime triumph over Xavier in the Big East Tournament. LaVall Jordan’s team brings back everyone of significance, headlined by the veteran troika of Aaron Thompson, Bryce Nze, and Bryce Golden. Chuck Harris (12.9 points) led the Bulldogs in scoring a year ago as a freshman and should be one of the best guards in the Big East as a sophomore. Bo Hodges (8.2 points) and Jair Bolden (10.5 points) are also back as capable pieces on the perimeter (Hodges will miss the start of the season with a knee injury). Barring something unforeseen, this team should compete for an NCAA Tournament berth.

Saint Mary’s: Last season’s seventh-place finish in the WCC was the lowest that the Gaels have ever finished in 20 years under Randy Bennett. Expect it to be an outlier. Saint Mary’s brings back every single player from a team that finished 14-10 a year ago, headlined by two guards who averaged in double figures in Logan Johnson and Tommy Kuhse. 6-4 freshman Augustas Marciulionis — the son of former NBA star Sarunas Marciulionis — is expected to have a significant impact. The Gaels should return to the top of WCC standings alongside both Gonzaga and BYU.

Northwestern: The Wildcats were 6-1 overall and 3-0 Big Ten play last season with wins over both Michigan State, Indiana, Ohio State before going 3-14 down the stretch. Why will this year be better? Four starters — Boo Buie, Chase Audige, Robbie Beran, and Pete Nance — return for Chris Collins and there also seems to be a belief within the Big Ten that the league may not be quite as deep as it was last season. Sophomore guard Ty Berry and veteran big man Ryan Young also return and are viewed within Northwestern’s program as starting caliber players. The Wildcats also added another veteran piece in Fairleigh Dickinson grad transfer Elyjah Williams (13.9 points, 7.6 rebounds). It’s been four full seasons since Northwestern reached the NCAA Tournament for the first time in program history — the window has never been more open for the Wildcats to go back.

Auburn: Major reinforcements are on the way for Auburn following last season’s 13-14 finish. Bruce Pearl added three potential All-SEC players in five-star freshman Jabari Smith and a pair of transfers in Walker Kessler (North Carolina) and KD Johnson (Georgia). 6-6 junior Allen Flanigan (14.3 points, 5.5 rebounds) — who is currently nursing an achilles injury — is another All-SEC caliber player while Devan Cambridge, Dylan Cardwell and Jaylin Williams are all capable veterans who averaged double figure minutes last season. If Bruce Pearl can get mileage out of a pair of graduate transfers — Wendell Green (Eastern Kentucky) and Zep Jasper (Charleston) — at point guard, the Tigers could be in business. Auburn was ineligible for the postseason last year due to a self imposed ban.