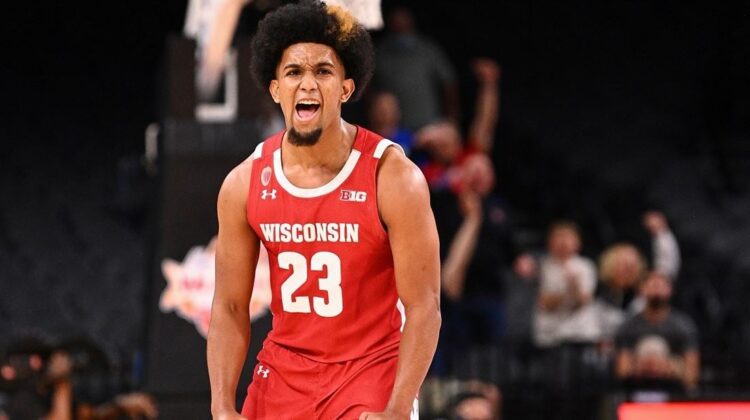 This is ONLY October.

Check below for our list of 5 teams that could overachieve during the 2022-23 college basketball season.

Wisconsin: The Badgers lost an All-American in Johnny Davis, but still return three of their top five scorers — Tyler Wahl, Steven Crowl, and Chucky Hepburn — from last season’s team that won a share of the Big Ten regular season title and earned a three seed in the NCAA Tournament. While Wahl and Crowl are well positioned to take leaps offensively, Greg Gard still needs to identify someone on the perimeter to replace some of the scoring pop that was lost with Davis’ departure. Jahcobi Neath, Wofford transfer Max Klesmit (14.9 points), 6-7 veteran Carter Gilmore, and Davis’ brother Jordan are all possibilities. With 15 of the Big Ten’s Top 20 scorers from a year ago no longer in the conference, Wisconsin is a prime candidate to again usurp expectations.

Temple: This program hasn’t sniffed the postseason since it lost to Belmont in the First Four of the 2019 NCAA Tournament, but Aaron McKie quietly did yeoman’s work a year ago by leading his alma mater to a 17-12 record. The return of a healthy Khalif Battle (21.4 points) — who only appeared in seven games last season due to a foot injury — will give the Owls one of the top guards in the American Athletic Conference to go alongside another all-league guard in Damian Dunn (14.9 points, 4.2 rebounds). Temple’s staff is also bullish on the upside of sophomores Hysier Miller, Zach Hicks, Jahlil White, and Nick Jourdain, who all averaged double figure minutes last season. A pair of transfers — Jamille Reynolds (UCF) and Kur Jongkuch (Northern Colorado) — should instantly add depth up front. This program has a legitimate shot to return to national relevancy and be one of the better teams in the American Athletic Conference.

UMass: Frank Martin has quickly assembled a high major baseline in Amherst thanks to a pair of transfers — Matt Cross (Louisville) and Wildens Leveque (South Carolina) — along with a four-star freshman in Tafara Gapare. Meanwhile, UConn transfer Rahsool Diggins is a former Top 100 recruit who should get high usage right away on the perimeter. The Minutemen also boast an all-conference caliber guard in senior Noah Fernandes (14.9 points). Martin has quickly upgraded the talent level in this program. A finish in the top half of the Atlantic 10 seems within reach.

Stanford: “Sneaky good” may be the best way to describe the Cardinal, who are still trying to secure their first ever NCAA Tournament berth under Jerod Haase. Sophomore forward Harrison Ingram (10.5 points, 6.7 rebounds, three assists) flirted with the NBA Draft, but opted to return to school and should be one of the best players in the Pac-12. Meanwhile, versatile forward Spencer Jones should push for all-conference consideration after averaging 27 points and seven rebounds in two Pac-12 Tournament games last spring. Michael O’Connell returns as a multi-year starter at point guard while Davidson transfer Michael Jones adds much needed shooting after making 69 three-point shots last season while shooting 42.1 percent from long distance. If things break right, Stanford should be able to push for a place in the top third of the Pac-12.

New Mexico: Most of the focus in the Mountain West will be on San Diego State and Wyoming, but don’t forget about the Lobos. Richard Pitino returns one of college basketball’s most productive backcourts in Jaelen House (16.9 points, 4.5 assists) and Jamal Mashburn Jr. (18.2 points). Wichita State grad transfer Morris Udeze (10.2 points, 6.2 rebounds) should also have an immediate impact in the pivot at 6-8. New Mexico finished 13-19 a year ago in Pitino’s first season in Albuquerque; flipping that record is beyond doable for this group. This is the sleeper team in the Mountain West.