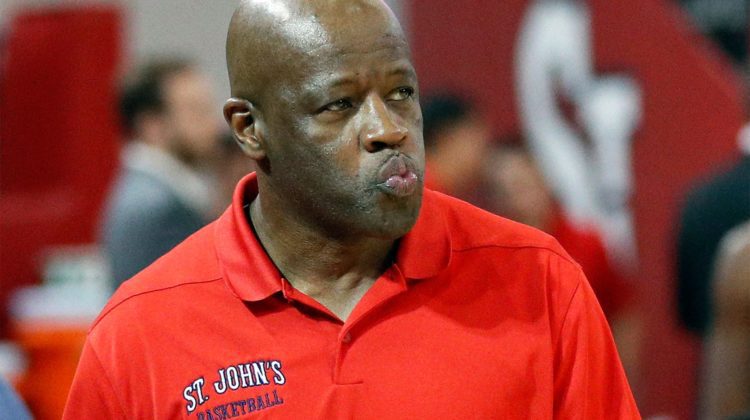 Check below for our list of 5 teams on the rise during the 21-22 college basketball season.

St. John’s: The Red Storm haven’t won an NCAA Tournament game since 2000 — the longest current drought among current Big East teams. That has a chance to change this season. Mike Anderson returns two of the conference’s best players in sophomore point guard Posh Alexander and junior forward Julian Champagnie, who has a legitimate chance to be an All-American after averaging 19.8 points and 7.4 rebounds as a sophomore. A pair of transfers from the Big Ten — Montez Mathis (Rutgers) and Aaron Wheeler (Purdue) — should instantly have major roles. St. John’s doesn’t just look like an NCAA Tournament team — it looks like a team that can advance in the NCAA Tournament.

Mississippi State: Not many teams did better in the transfer portal this offseason than the Bulldogs. Ben Howland added four high-level talents headlined by North Carolina transfer Garrison Brooks, last season’s ACC Preseason Player of the Year. D.J. Jeffries (Memphis), Rocket Watts (Michigan State), and Shakeel Moore (NC State) should also all have major roles in Starkville. Burgeoning junior guard Iverson Molinar (16.7 points) is a hidden gem nationally who boasts an All-SEC first-team caliber ability. Up front, veteran big man Tolu Smith is a returning starter and was the league’s top rebounder (8.6) a year ago. The talent is there for Howland to have one of the best teams in the SEC. Anything less than a trip to the NCAA Tournament will be a major disappointment.

Richmond: Older teams are always best equipped to have success in college basketball and that’s good news for the Spiders. The average age in Richmond’s starting lineup on opening night will be 23 and its best long-term prospect and fifth starter — Tyler Burton (12 points, 7.6 rebounds) — is 21. Chris Mooney’s other four projected starters — Jacob Gilyard, Nick Sherod, Nathan Cayo, and Grant Golden — have all played at least 104 games during their college careers and all four have averaged in double figures for multiple seasons. This should be the Atlantic 10’s top challenger to St. Bonaventure.

Washington State: Kyle Smith returns four of his top six scorers — Noah Williams, DJ Rodman, Dishon Jackson, Efe Abogidi — from a 14-13 team that lost five games last season by five points or less. The Cougars also added two impactful newcomers in South Alabama grad transfer Michael Flowers (21 points, 4.6 rebounds, 3.6 assists) and four-star big man Mohamed Gueye. This looks like a team that should be in position to finish in the top half of the Pac-12 and challenge for an NCAA Tournament berth in 2022.

Nevada: College basketball’s most underrated back court may reside in Reno, where Grant Sherfield and Desmond Cambridge are back after averaging a combined 34.9 points last season. Sherfield — who started his career at Wichita State — is a dark horse candidate to be an All-American after averaging 25.5 points in a pair of games at the Mountain West Tournament last March in Las Vegas. Steve Alford also returns two starters in Warren Washington (10 points, 5.9 rebounds) and Tre Coleman (5.5 points, three rebounds) while adding a troika of key transfers in Will Baker (Texas), Kenan Blackshear (Florida Atlantic) and AJ Bramah (Robert Morris). The 7-foot, 245 pound Baker is a former top-50 recruit. After flirting with the NCAA Tournament and finishing 16-10 last year in his second season in Reno, Alford should have one of the top non power conference teams in the sport in 21-22.