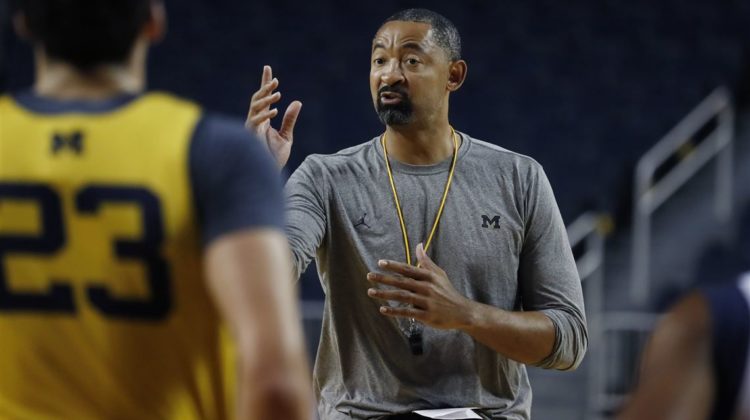 Between now and Nov. 9th, we’ll take an in-depth look at different conferences around the country.

Today’s focus is on the Big Ten:

1. How many teams from the Big Ten will reach the 2022 NCAA Tournament?
That’s to be determined. The Big Ten had nine teams hear their name called on Selection Sunday last March, but the middle of the league currently feels more open than it’s been compared to previous seasons. Michigan, Purdue, Illinois, Ohio State, and Maryland should all be ranked in the preseason AP Top 25 while Michigan State, Rutgers, and Indiana could be in position to receive votes. Michigan, Purdue, and Illinois are all currently ranked in the Top 10 of the ROTHSTEIN 45. Five of the Big Ten’s top 10 scorers and six of the league’s top 10 rebounders are back from last season.

2. Can Michigan be better than it was last season?
Don’t rule it out of the realm of possibility. The Wolverines were a one seed in the NCAA Tournament last March, coming up one possession short in the Elite Eight against UCLA. Juwan Howard lost three starters in Mike Smith, Isaiah Livers, and Franz Wagner, but major reinforcements are on the way. Coastal Carolina grad transfer DeVante’ Jones should give this team more size and physicality at point guard than Smith did and five-star freshman Caleb Houstan is a potential one-and-done prospect at 6-8 who could lead this team in scoring. Two other top-50 freshmen — Kobe Bufkin and Moussa Diabate — are expected to members of the rotation as well. Meanwhile, Hunter Dickinson, Brandon Johns and Eli Brooks all return as players who started during last year’s NCAA Tournament, with the 7-1 Dickinson expected to be a preseason All-American. 6-7 sophomore Terrance Williams is also expected to make a leap. It would be a major surprise if Michigan doesn’t again compete for a Big Ten regular season title, which should put it in position to earn a high seed in the 2022 NCAA Tournament.

3. Is this Purdue’s best chance to reach the Final Four under Matt Painter?
It’s right up there. Painter had his alma mater on the cusp of college basketball’s most hallowed showcase in 2019 when Purdue lost in the Elite Eight to Virginia in overtime. He also had several other teams during his tenure in West Lafayette that were hit with devastating injuries and never got a chance to enter the NCAA Tournament at full strength. The team that he’s about to coach? It should start this season on absolute fire. The Boilers’ top eight scorers are back from a team that finished 18-10 and earned a four seed on Selection Sunday. Sophomore guard Jaden Ivey (11.1 points) and senior big man Trevion Williams (15.5 points, 9.1 rebounds) are both All-American candidates while 7-4 sophomore Zach Edey is primed to take a major step forward after averaging 15.1 points, 14.1 rebounds, and 2.3 blocks for Canada in this summer’s FIBA U19 World Cup in Latvia. It will be a new dynamic for this group to deal with high expectations, but that was part of the deal when these players decided to play for Purdue out of high school. The Boilers have the depth, star power, and continuity to reach the Final Four for the first time since 1980.

4. How will Maryland replace Aaron Wiggins?
The Terps were set to open this season with Final Four expectations had Wiggins returned to College Park for his senior season instead of staying in the NBA Draft. They’ll now be projected to be one of the top five teams in the Big Ten, but their ceiling beyond that is uncertain. Maryland added two impactful transfers who should be All-Big Ten caliber players in Fatts Russell (Rhode Island) and Qudus Wahab (Georgetown). They’ll pair with three returners who had major roles on last year’s NCAA Tournament team in Eric Ayala, Donta Scott, and Hakim Hart. Identifying a go-to scorer on the wing to replace Wiggins — who averaged 14.5 points and 5.8 rebounds last season while shooting 35.6 percent from three-point range — remains the biggest question for Mark Turgeon’s team entering 21-22. After seeing this team practice a few weeks ago in College Park, that scorer could very well be Hart, who has grown to 6-8 and looks like he could be the Terps’ best long-term prospect. If Hart fills the void left behind by Wiggins, Turgeon and Maryland could be in position to have a special season.

5. Who is the sleeper?
Northwestern. It’s been four and a half years since this program reached the NCAA Tournament for the first time in school history and advanced to the Round of 32. The Wildcats haven’t finished in the Big Ten’s top 10 since, but have the requisites to make a jump this season. Chris Collins will have six juniors and seniors — Chase Audige, Boo Buie, Pete Nance, Ryan Young, Robbie Beran, and Ryan Greer — back from last season’s team that started 3-0 in Big Ten play with wins over Michigan State, Ohio State, and Indiana before finishing 9-15 overall.  Northwestern could miss some of the offensive spacing that Miller Kopp — who transferred to Indiana — provided, but sophomore guard Ty Berry (5.1 points) should be able to inherit his minutes. Elyjah Williams, a 6-7 graduate transfer from Fairleigh Dickinson, is also expected to push for a spot in the rotation. The Wildcats are a combined 19-58 over the past four years in Big Ten play and have been mostly irrelevant since 2017, but the door is quietly open for teams who are normally projected to be at the bottom of the Big Ten. With programs like Iowa and Wisconsin both losing significant personnel from teams who made the NCAA Tournament last March, the opportunity for Northwestern — and others — to strike is right now. Collins has been building for a season like the one that he’s about to coach.