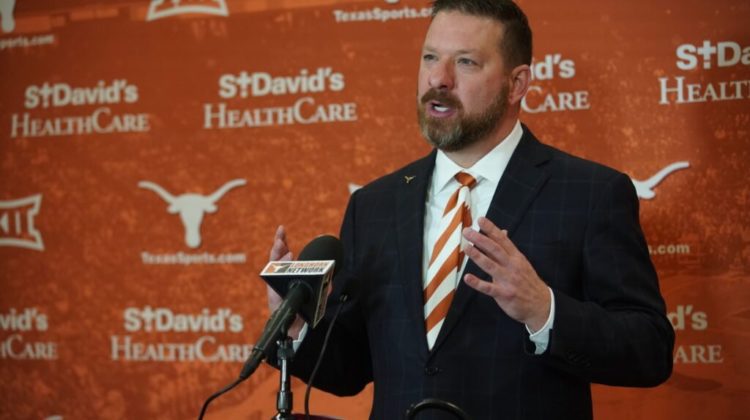 Between now and Nov. 9th, we’ll take an in-depth look at different conferences around the country.

1. How will Big 12 realignment affect college basketball?
No one truly knows just yet. The decisions of both Texas and Oklahoma to leave the Big 12 for the SEC in a few years was solely driven by two things — football and money. The conference responded nicely by adding BYU, Houston, Cincinnati, and UCF, but that doesn’t mean that realignment isn’t going to still alter this league from a basketball perspective. The Big 12 has been as one of the most consistent leagues in the sport thanks to its double round-robin format which crowns a true regular season champion. That will likely go away moving forward unless the league opts to go to 22 league games. The Big 12 has reinvented itself after losing two of its biggest brands, but it remains to be seen how the league’s fabric will change once Texas and Oklahoma join the SEC and the other four programs listed above officially join the league. One big thing to remember: Six of the Big 12’s current head coaches — Bill Self, Chris Beard, Bob Huggins, Porter Moser, Bruce Weber, and Scott Drew — have coached in a Final Four and two of those coaches — Self and Drew — have won a national title. The league will still have five head coaches who have coached in a Final Four when Kelvin Sampson and Houston join the conference as Beard and Moser exit to the SEC with Texas and Oklahoma respectively. Another one of the league’s head coaches — TCU’s Jamie Dixon — coached in the Elite Eight at Pitt in 2009.

2. Will Texas mesh?
It’s the million dollar question in Austin. The Longhorns dominated the transfer portal during the offseason and added six players — Marcus Carr (Minnesota), Devin Askew (Kentucky), Timmy Allen (Utah), Dylan Disu (Vanderbilt), Christian Bishop (Creighton), and Tre Mitchell (UMass) — who will all arrive on campus with some sort of pedigree. Five of those players averaged in double figures last season. Texas also returns two All-Big 12 caliber guards in Andrew Jones and Courtney Ramey along with a tremendous utility player in Brock Cunningham, who averaged 15.2 minutes last season. Meanwhile, 6-6 freshman Jaylon Tyson is a consensus top-50 recruit and fifth-year senior Jase Febres has made a combined 192 three-point shots in his career. The talent level in this program is undeniable, but the rhythm and chemistry of this team is very much unknown.

3. What will Oklahoma State look like post-Cade Cunningham?
Formidable. The Cowboys don’t have a player on their roster who’s a surefire lottery pick like they did a year ago with Cunningham, but they’ve still got enough to finish in the top half of the Big 12. Seven of Oklahoma State’s top eight scorers are back from a team that earned a four seed in the NCAA Tournament, with four of those players — Isaac Likekele, Avery Anderson, Matthew-Alexander Moncrieffe, and Kalib Boone — in position to have All-Big 12 caliber seasons. Mike Boynton also added depth via the transfer portal with Bryce Thompson (Kansas), Moussa Cisse (Memphis), Woody Newton (Syracuse), and Tyreek Smith (Texas Tech). Don’t expect too much of a drop off in Stillwater and do yourself a favor and keep an eye on Anderson. The 6-3 guard is a burgeoning talent who averaged 16.5 points and 4.4 rebounds in five postseason games last March. Remember the name.

4. What Big 12 rivalry is about to explode?
Texas-Texas Tech. Chris Beard led the Red Raiders to new heights during his his tenure in Lubbock, but his decision to leave Texas Tech for Texas — which is also his alma mater — has left many of his former loyalists beyond outraged. Texas Tech fans don’t just want the Red Raiders to beat Texas when the two teams play moving forward — they want to pound the Longhorns into submission. It remains to be seen if Beard’s former top assistant — Mark Adams — can keep Texas Tech among the Big 12’s elite as he steps in as Beard’s successor. Regardless, any time that these two teams play in the foreseeable future will be armageddon from tip to finish.

5. Who is the sleeper?
Kansas State. The Wildcats are a combined 20-41 over the past two seasons, but now have the type of veteran perimeter that’s needed to potentially make a jump in the Big 12 standings. Bruce Weber returns his top two scorers and distributors in Nijel Pack and Mike McGuirl, with Missouri transfer Mark Smith set to have a big role in a potential three-guard alignment. Little Rock transfer Markquis Nowell will also have an impact on the perimeter despite his 5-7 frame. 7-footer Davion Bradford (7.7 points, 4.3 rebounds) is also back up front after showing potential as a freshman. Wake Forest transfer Ismael Massoud (8.3 points) has good size at 6-8 and should be in contention for a starting spot. Weber has a backcourt with experience and a frontcourt filled with guys who should be able to perform as capable role players. That sounds like a formula for Kansas State to be more competitive than they’ve recently been.