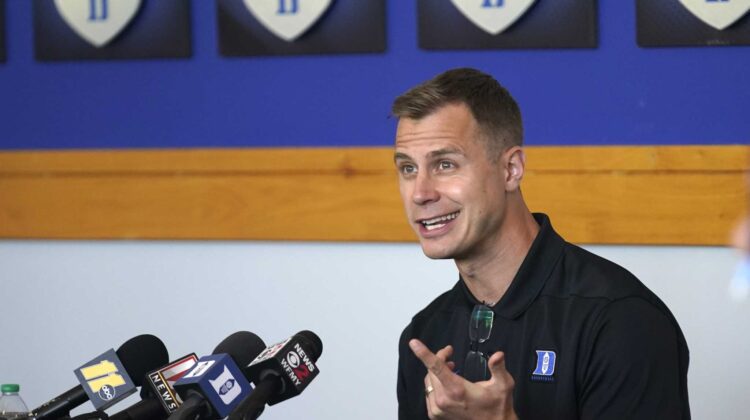 Between now and Nov. 7th, we’ll take an in-depth look at different conferences around the country.

Today’s focus is on the ACC:

1. Will the ACC have more than five teams in the 2023 NCAA Tournament?
Without question. Despite having three teams — Duke, North Carolina, and Miami — in the Elite Eight last March, the ACC only had five of its teams in the NCAA Tournament. It likely would have been four if Virginia Tech didn’t earn an automatic qualifier by winning the ACC Tournament. Bounce back seasons at both Virginia — who returns five starters from last year’s team that reached the Postseason NIT — and Florida State are fully expected while all four of the teams listed above — Duke, North Carolina, Miami, and Virginia Tech — are in position to return to the NCAA Tournament. Notre Dame — who won two games in the NCAA Tournament last March — is also in position to again hear its name called on Selection Sunday. Seven teams from the ACC are currently ranked in the ROTHSTEIN 45.

2. How will Duke’s first season go under Jon Scheyer?
No one in the history of college basketball can relate to Scheyer’s current situation, except maybe Gene Bartow, who replaced John Wooden at UCLA. The good news for Scheyer as he prepares for his first season as Duke’s head coach post-Mike Krzyzewski? He’s got the top recruiting class in the country according to 247Sports. The bad news? Only one player in the Blue Devils’ program — Jeremy Roach (8.6 points, 3.2 assists) — played for Duke last season in the Final Four against North Carolina. Despite the Blue Devils’ staggering talent — which includes five five-star freshmen in Dereck Lively, Dariq Whitehead (currently injured), Kyle Filipowski, Tyrese Proctor, and Mark Mitchell — there’s bound to be some growing pains with this much inexperience. Nevertheless, the level of talent that’s been assembled in Durham cannot be denied. Expect Duke to be one of the top teams in the ACC and in play for a high seed in the 2023 NCAA Tournament.

3. Can Pete Nance replace Brady Manek for North Carolina?
I’m not sure people truly realize how tall of a task that is. How good was Manek last season for North Carolina? The Tar Heels were 25-6 a year ago when the 6-9 power forward scored in double figures. Manek also averaged 18.8 points and 8.2 rebounds in six NCAA Tournament games and was a whopping 47.8 percent from three-point range during that span. The 6-10 Nance (14.6 points, 6.5 rebounds) though, is a very good player and should give North Carolina —- who returns everything else from last season’s team that nearly won the national title — the type of dynamic that it needs at power forward. Nance shot 45.2 percent from three-point range last season at Northwestern and made 42 shots from long distance before opting to enter the transfer portal as a grad transfer.

4. What are realistic expectations for Louisville in its first season under Kenny Payne?
In terms of wins and losses, there really should be no expectations for Louisville this year under Payne. The Cardinals do not return a double figure scorer and only return one of their top four scorers — El Ellis — from last season’s team that finished 11th in the ACC. The only goal for Louisville this season should be to create a culture of playing hard and being competitive each and every time that it takes the floor. The importance of Louisville’s 2023 recruiting class can’t be understated. Payne needs players.

5. Who is the sleeper?
Boston College. Player retention is arguably the biggest key to having a successful program in college basketball right now given the current climate in the sport and the Eagles will bring back three double-figure scorers on the perimeter in Makai Ashton-Langford, DeMarr Langford, and Jaeden Zackery. 7-foot big man Quinten Post (9.4 points, 5.4 rebounds) is also back for Boston College, who adds a potential sleeper at power forward in 6-6 freshman Prince Aligbe. This program only won 13 games last season in its first year under Earl Grant, but two of those wins came against two teams — Notre Dame and Virginia Tech — who reached the NCAA Tournament. If the Eagles can stay healthy, they should have a chance to play in some sort of postseason tournament in 2023.