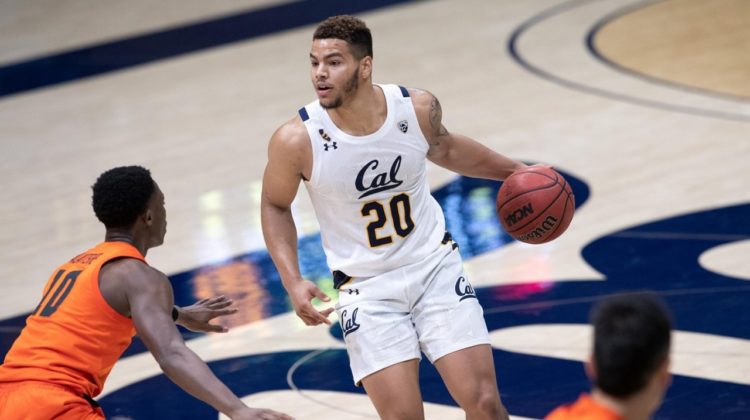 Check below for our list of 30 under-the-radar transfers for the 21-22 college basketball season.

Matt Bradley, San Diego State: The losses of both Matt Mitchell and Jordan Schakel created a major scoring void for San Diego State. It will likely be filled by Bradley. The broad shouldered wing averaged 18 points and 4.6 rebounds last season at Cal, but transferred to the Aztecs’ program because he wanted to be part of a winning situation. This is a first-team All-Mountain West caliber pickup for Brian Dutcher.

KD Johnson, Auburn: Johnson was one of the best freshmen in the SEC during last season at Georgia. He’ll now take his talents to Auburn. With Allen Flanigan, Jabari Smith, and North Carolina transfer Walker Kessler set to be focal points of the Tigers’ offense, the 6-1 Johnson should get plenty of high percentage looks as he looks to build on his average of 13.5 points as a freshman.

Tari Eason, LSU: Will Wade has already publicly stated that Eason is significantly better than he thought he was. What does that mean in the broad scope of things? This 6-8 forward could very well find a way into LSU’s starting lineup after averaging 7.3 points and 5.9 rebounds in his one season at Cincinnati.

Aaron Wheeler, St. John’s: Wheeler never really found a rhythm during his tenure at Purdue, but that hasn’t stopped folks in Queens from raving about his potential. The staff at St. John’s currently can’t find enough adjectives for this 6-9 forward, whose length and athleticism could truly flourish in Mike Anderson’s high octane attack.

CJ Wilcher, Nebraska: Fred Hoiberg knows all about identifying capable shooters. He may have another in Wilcher. After playing sparingly last season at Xavier, Wilcher could emerge as a key floor spacer for the Cornhuskers in an effort to open up isolation opportunities for five-star freshman Bryce McGowens, Trey McGowens, and Arizona State transfer Alonzo Verge.

Bryson Williams, Texas Tech: You want credentials? Williams averaged 22.5 points and 11.5 rebounds in two games last season for UTEP against Kansas and Arizona State. He should be an instant focal point for Mark Adams and Texas Tech up front.

Will Baker, Nevada: A former top-100 recruit, Baker has the ability to instantly be one of the best interior players in the Mountain West. This was an impact addition for Steve Alford and the Wolf Pack, who have a legitimate chance to reach the NCAA Tournament in 2022.

Marcus Williams, Texas A&M: The reigning Mountain West Freshman of the Year should immediate stabilize the point guard position for Texas A&M. Williams played like he was shot out a cannon during his one year at Wyoming and should be one of the SEC’s top newcomers in 21-22.

Al Durham, Providence: Smooth, steady, and always under control, Durham will play multiple spots this year for the Friars in the backcourt. This was an underrated addition for Ed Cooley and Providence.

Armaan Franklin, Virginia: Tony Bennett doesn’t return a double figure scorer from last season’s team that won the ACC regular season title. That’s why Franklin could be such a pivotal piece for Virginia. The 6-4 guard showed during last season at Indiana that he has the requisites to be a featured player in an offense, as he averaged 11.4 points for the Hoosiers. He’ll instantly take pressure off both Kihei Clark and Reece Beekman on the Cavaliers’ perimeter.

Alexis Yetna, Seton Hall: Yetna eats glass as part of his diet for breakfast, lunch, and dinner. That’s good news for Kevin Willard. A relentless rebounder, Yetna had three double-doubles last season and eight games with eight or more rebounds. Expect him to be a starter for the Pirates up front.

Marreon Jackson, Arizona State: A stat sheet stuffer while he was in the MAC at Toledo, the 6-1 Jackson averaged 18.1 points, 6.1 rebounds, and 5.9 assists last season. If he averages half of that during the upcoming year in the Pac-12, Arizona State will have a capable perimeter starter.

Emanuel Miller, TCU: Let’s make this simple: Miller is one of the best frontcourt players in the country that many people aren’t familiar with. Incredibly efficient on offense, the 6-7 forward shot 57.1 percent from the field last season at Texas A&M and averaged 23 points and 10.7 rebounds in the final three games of last season. This could wind up being one of the more impactful newcomers in the Big 12.

Paul Atkinson, Notre Dame: Notre Dame hasn’t been to the NCAA Tournament since 2017 and if that’s going to change next season, Atkinson must have a major role for the Irish. The graduate transfer from Yale has good size at 6-10 and produced at a high level in the Ivy League (17.6 points, 7.6 rebounds in 19-20). If he puts up those numbers next season for Notre Dame, Mike Brey may buy drinks for the entire student body.

Tyson Walker, Michigan State: Adding reinforcements at point guard was a major priority for Michigan State. A potent scorer in the CAA (18.8 points in 20-21) while he was at Northeastern, the 6-foot Walker will have to earn Tom Izzo’s trust if he’s going to hold off sophomore A.J. Hoggard as the Spartans’ starting point guard.

Toumani Camara, Dayton: Proven commodities from power conferences don’t always appear in the Atlantic 10, but that’s what Dayton got when it landed Camara from Georgia. A former top-100 recruit, the 6-8 forward averaged 12.8 points and 7.7 rebounds last season for the Bulldogs.

Michael Flowers, Washington State: Washington State is a dark horse NCAA Tournament team in 2022 and the addition of Flowers is a major reason why. A graduate transfer from South Alabama, Flowers will give Kyle Smith another capable guard next to Noah Williams in the Cougars’ backcourt.

Storm Murphy, Virginia Tech: There was no background check needed when Mike Young recruited Murphy out of the transfer portal because he was the one who recruited Murphy when he was the coach at Wofford. The fifth-year guard should be a starter for Virginia Tech and will add instant pop on offense. Murphy averaged 17.8 points, 4.3 assists, and 3.3 rebounds last season while shooting 47 percent from the floor and 40 percent from three-point range.

Noah Gurley, Alabama: This was an extremely underrated pickup by Nate Oats. The 6-8 Gurley has soft hands and a nice touch around the rim. He’s also never shot less than 45.8 percent from the field during the first three years of his college career. Gurley scored 15 points last season when Furman suffered a narrow loss against Alabama in Tuscaloosa.

Pelle Larsson, Arizona: Tommy Lloyd has a PHD in international recruiting and that no doubt led him to Larsson. With the loss of James Akinjo, this Utah transfer should have an excellent chance to be see situational minutes for Arizona at point guard. The 6-5 Larsson averaged 8.2 points and shot 46.5 percent from three-point range during his one year with the Utes.

Theo John, Duke: Paolo Banchero and Mark Williams are going to play the bulk of the minutes up front for Duke, but there’s definitely room for John to have a role. A sturdy defender and rim protector, the 6-9, 255 pound John could flourish for Duke in a “Brian Zoubek/Marshall Plumlee” type role.

D’Shawn Schwartz, George Mason: Newly minted George Mason coach Kim English was familiar with Schwartz from his days as an assistant at Colorado and landing him in the Atlantic 10 was a major coup. The 6-7 lefty is a mismatch nightmare and has all-conference caliber ability. This was a tremendous get for the Patriots.

Deivon Smith, Georgia Tech: Smith left Mississippi State because he wanted to play more minutes. He’ll get that opportunity at Georgia Tech following the loss of Jose Alvarado. Look for Smith, Bubba Parham, and Michael Devoe to anchor the Yellow Jackets’ perimeter during the 21-22 season.

Jack Nunge, Xavier: The 6-11 Nunge was never a focal point at Iowa because of Luka Garza, but averaged 10.7 points and 7.1 rebounds last season in games where he played 20 minutes or more. He should have a legitimate chance to be a starter for Xavier. Remember the name.

Joseph Yesufu, Kansas: Yesufu was Drake’s best player during the NCAA Tournament and that definitely caught the eye of Kansas’ staff. The 6-foot guard averaged 23.5 points in two games in the bracket last March while shooting an impressive 45 percent from three-point range during that span. He’ll add quality depth for the Jayhawks behind Remy Martin.