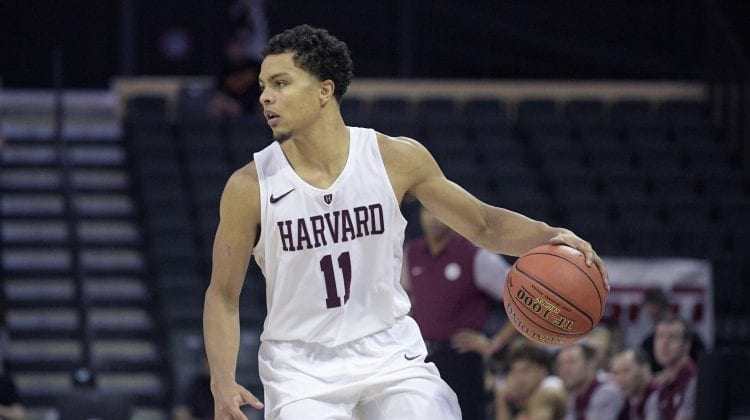 Check below for our list of 25 impact transfers for the 20-21 college basketball season. This list does not include transfers who have pending waivers with the NCAA.

Cormac Ryan, Notre Dame: The Irish need reinforcements if they’re going to return to the NCAA Tournament for the first time since 2017 and that’s just what Ryan should provide. The 6-5 wing averaged 8.7 points and 3.5 rebounds two years ago at Stanford before redshirting last season. Expect him to be a multi-year starter in South Bend.

Caleb Daniels, Villanova: Jay Wright loves capable shot makers and he’s got one in Daniels. The 6-4 guard made 47 three-point shots two years ago at Tulane and should fit in seamlessly with the Wildcats.

Davion Mintz, Kentucky: Mintz started a total of 79 games during his first three years at Creighton and John Calipari is going to need that type of experience. Kentucky only returns one single player — Keion Brooks — from last season’s team that won the SEC regular season title. A veteran point guard, Mintz’s overall impact will be felt in ways that are beyond the box score.

D.J. Carton, Marquette: How will the Golden Eagles replace Markus Howard? They can’t, but adding Carton is a nice start. An import from Ohio State, this 6-2 lefty should have an immediate impact for Marquette at point guard.

Marcus Santos-Silva, Texas Tech: Chris Beard has done wonders with graduate transfers since he’s been in Lubbock and that should bode well for Santos-Silva. The 6-7 forward averaged 12.8 points and 8.9 rebounds last year at VCU and is exceptionally effective using angles to score around the rim. Santos-Silva shot 59.8 percent from the field last season.

Sam Hauser, Virginia: Can a player redshirt one season and be an All-American the next? Yes, if that player is Hauser. The 6-8 forward is bigger and stronger than he was two years ago at Marquette and now knows the intricacies of Tony Bennett’s system. Expect Hauser to be one of the best players in the country next season as Virginia maintains its perch atop the ACC.

Carlik Jones, Louisville: The Cardinals need consistent mileage out of Jones if they want to be one of the best teams in the ACC in 20-21. The 6-1 guard averaged 20 points, 5.1 rebounds, and 5.5 assists last year at Radford en route to dominating the Big South. If Jones tallies half of those numbers for Louisville next season, Chris Mack and the Cardinals will be in business.

Nysier Brooks, Miami: The biggest thing that Brooks will bring to the Hurricanes? An expectation of winning. The 6-11 big man was a combined 89-18 in his three years at Cincinnati and came to Coral Gables with a goal of getting Miami back to the NCAA Tournament in 2021.

Bryce Aiken, Seton Hall: Aiken spurned the Pirates for Harvard when he made his college decision a few years ago and now returns to South Orange as a graduate transfer. His evolution as a primary point guard will ultimately control the ceiling for Seton Hall in 20-21.

Adam Flagler, Baylor: The Bears have made a killing by redshirting players who transferred and Flagler is next to join the party. The 6-3 guard averaged 15.9 points two years ago at Presbyterian and should add even more firepower to what already is viewed as the sport’s deepest perimeter.

Joey Hauser, Michigan State: Tom Izzo loves this transfer from Marquette and that’s bad news for the rest of the Big Ten. Tough, rugged, and physical, Hauser will be cemented as the Spartans’ primary power forward for as long as he opts to stay in East Lansing.

R.J. Cole, UConn: Deeply entrenched confidants in Storrs are already raving about Cole’s knack for finding the open man and setting the table. After averaging 21.4 points and 6.4 assists two seasons ago at Howard, don’t be surprised if Cole instantly emerges into one of the Big East’s top facilitators next season.

Tyrese Martin, UConn: Like Cole, Martin will have an immediate impact for the Huskies next season. The 6-6 wing averaged 12.8 points and 7.1 rebounds last year at Rhode Island and should flourish under Dan Hurley. Martin initially committed to play for Hurley in the Atlantic 10 before Hurley opted to take his current post at UConn in 2018.

Terrell Gomez, San Diego State: This 5-8 guard was a scorer (19.8 points in 19-20) during his entire career at Cal State Northridge and now will play a major role as a graduate transfer for the Aztecs. Gomez made a combined 216 three-point shots during the past two seasons.

Eugene Omoruyi, Oregon: A fifth-year senior with proven production, Omoruyi has a chance to be one of the most impactful newcomers in the Pac-12 next season. After leading Rutgers in both scoring and rebounding during the 2018-19 campaign, Omoruyi should have a major impact in Eugene next to N’Faly Dante in Oregon’s front court.

Johnny Juzang, UCLA: After reclassifying a year ago to go to Kentucky, this 6-6 wing is back on the West Coast. Mick Cronin will love Juzang’s offense and ability to stretch the defense. He also better love Juzang’s defense if Juzang wants to stay on the floor.

Alan Griffin, Syracuse: Syracuse will miss Elijah Hughes’ offense, but Griffin should fill his role seamlessly. The 6-5 wing averaged 8.9 points last year at Illinois and made 47 three-point shots while only averaging 18.1 minutes. Now set to have an expanded role with the Orange, Griffin should be a double-figure scorer and starter for Syracuse in 20-21.

Jordan Brown, Arizona: A former McDonald’s All-American, the 6-11 Brown will be a primary focal point for the Wildcats in the paint. Young and inexperienced during his freshman season at Nevada, Brown should hit the ground running in Tucson under Sean Miller.

James Akinjo, Arizona: Akinjo proved himself as a scorer when he was at Georgetown and that’s just what he’ll be asked to provide now at Arizona. The 6-1 guard has the type of competitive fire that should make him an instant fan favorite in Tucson.

Justice Sueing, Ohio State: A proven starter during his first two seasons at Cal, this 6-6 forward appears to be a perfect match for Chris Holtmann and Ohio State. Sueing averaged 14.3 points and 6 rebounds two years ago in Berkeley and has more than a legitimate chance to start for the Buckeyes alongside both C.J. Walker and Duane Washington.

Landers Nolley, Memphis: Penny Hardaway has built a quick reputation as a head coach for his ability to stockpile talent and Nolley is the latest example. The 6-7 wing led Virginia Tech in scoring (15.5) last season and was second (5.8) in rebounds. Nolley will instantly be one of the top players in the American Athletic Conference in 20-21.

Romello White, Ole Miss: White wasn’t always the first offensive option when he was at Arizona State and that has a chance to change now that he’s arrived in Oxford as a graduate transfer. Look for Kermit Davis to regularly establish the broad shouldered big man in an effort to generate easy offense around the rim.

Jahvon Quinerly, Alabama: A former five-star prospect, Quinerly has been waiting with bated breath to play for Nate Oats after having a disappointing freshman season at Villanova. Look for Quinerly to flourish in Alabama’s high octane system as he steps in for Kira Lewis.

Justin Smith, Arkansas: Eric Musselman loves versatile pieces that can do different things on the floor and that’s what should make Smith such a great fit in Fayetteville. The 6-7 forward plays with great bounce and led Indiana in minutes played last season, averaging 10.4 points and 5.4 rebounds.